NAIROBI, Kenya, Aug 1- AFC Leopards boss Robert Matano will focus on sharpening the team’s striking force as they prepare to face Western Stima in a Kenyan Premier League clash at the Moi Stadium in Kisumu on Wednesday.

Matano says he was impressed with how the team played in the reverse fixture against Western Stima over the weekend despite the 1-0 loss, but reckons they can do far much better especially in their decision making in the final third.

“In the second half we played well and I saw the urgency and commitment from the players. The only thing we didn’t do well was the finishing but we will work on it over the coming two days and see that we improve,” the coach noted.

Matano is confident the team will bounce back despite losing his first match as the club boss and he points out he will not rest until he sees the team back to the top.

“We have to switch from losing to winning mentality. There’s nothing much we can do with these few days. We need to compose ourselves and take our chances. We must work as AFC Leopards and be ready to fight and get three points,” the coach noted. 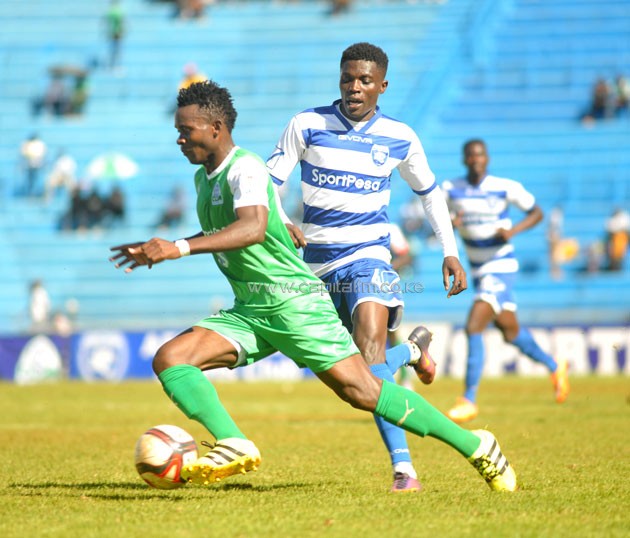 For the Stima return tie, Matano will still be without the injured defender Robinson Kamura who is nursing bruises from a motorbike accident while left-back Marcus Abwao still remains on the sidelines with a knee injury. Midfielder Musa Mudde has been slotting in at left-back.

AFC Leopards are faced with a tough week as they will be travelling back to Nairobi from Kisumu with another tough tie against Bandari awaiting them at Nyayo Stadium on Sunday.

“Still not everybody is 100 percent but we will try and cope with the situation. We have several of our players who have not trained with us for some time like Vincent (Oburu) and Majid (Victor). But we have to deal with the situation and cope. There is no other way,” Matano offered.

He added; “It is a tough period but hopefully we can hold on.” Meanwhile, Ghanaian striker Gilbert Fiamenyo has left the club to join Libyan outfit Al Nasr. Fiamenyo asked to be omitted from the club’s second leg squad despite having an existing contract as he was still nursing a foot injury that would have seen him miss a huge chunk of the second leg.

Fiamenyo joined the club midway through last season but had to wait until January to play due to issues of paperwork. He scored five goals for Ingwe, ranking as the team’s top scorer.

At the same time, the club has revealed on their official Facebook page that they are grappling with financial difficulty due to high operation costs and low match attendance which has consequently led to their paltry collection in gate charges. The club has now announced they will hold a fundraiser in the coming weeks to cater for the operation costs for the remainder of the season which total to Sh6mn while a further Sh17.5mn is needed to offset debts accrued over the last two years.

In addition, the club which is on a close to Sh48mn-a-season sponsorship from betting firm SportPesa has also admitted they are struggling to raise Sh200,000 every month to maintain their youth team participating in the Nairobi County League.

“NEC has decided to form a joint committee to manage the affairs of the youth team. The said committee will have an AFC Youth team bank account and a dedicated Paybill number 527900. The management committee shall be expected to share the status of the income and expenditure of the Youth team with NEC and the entire membership on a monthly basis,” the club said in a statement undersigned by Secretary General Oscar Igaida.