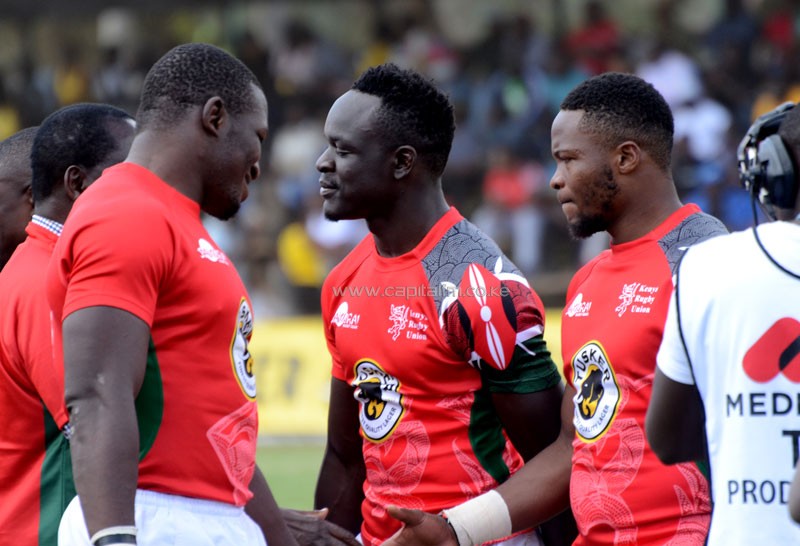 NAIROBI, Kenya, Aug 16 – The Kenya 15s have lost in each of their last three visits to Namibia, including last year’s 45-7 defeat. But as they head into Saturday’s crucial Rugby Africa Cold Cup tie in Windhoek, the Simbas are keen to turn the tide and pick a win against the division’s top form team.

Ian Snook’s charges are placed second in the standings with 17 points, three behind leaders Namibia and will have to win the tie at all costs to qualify automatically for next year’s World Cup in Japan.

“I believe it is mission possible,” skipper Davis Chenge roared after the team beat Tunisia 67-0 in their last match at the RFUEA Ground last Saturday.

Kenya know too well that they find themselves facing their biggest test this season and having been run close by Uganda, Morocco and Zimbabwe, the work is cut out for them heading into Southern Africa.

“We know it is going to be a tough task, but we go there looking for victory. We know Namibia, we have watched their games this season and some of us have also played against them. We will see how to exploit their weaknesses and also work on our strengths to ensure we are a strong team,” Chenge said.

Namibia have picked up bonus point wins in all their four victories where they have managed to dot down 45 tries, 34 of them converted and scored two penalties for a high score of 294 points thus far. But despite knowing the pedigree of the team they face on Saturday, the Simbas are not scared. Coach Snook is optimistic that if the systems run to plan, then they will leave Windhoek with a ticket to Japan next year.

“Our plan all through has been to qualify directly and that remains the plan we have. We need to work harder especially working on our defense and we will be okay. I trust these boys and I trust their hard work,” the tactician noted.

The Tunisia victory over the weekend was Kenya’s first bonus point win and the performance was a reassurance to Snook and his charges that they can battle for a place in the World Cup.

“It was a pleasantly good performance and very many things worked well for us and obviously there were a few which didn’t but we will work on them,” the tactician said. Action between Kenya and Tunisia during their Rugby Africa Gold Cup match on August 11, 2018. PHOTO/Timothy Olobulu

An unfortunate loss at the hands of Namibia on Saturday will mean the Simbas drop to the repechage tournament which is scheduled to take place in France in November.

Kenya will face Hong Kong, Germany and Canada with the winner getting a ticket to Japan.

“I think even if we get to the repechage, we still have a good chance of qualification because we have played Germany and Hong Kong before and I know those are teams we can beat. We haven’t faced Canada but I believe if we get our systems working we can get victory. But our number one goal remains getting the automatic ticket,” further noted Chenge.