NAIROBI, Kenya, Mar 22 – Geoffrey Kamworor may not be the fastest man in the field for the 23rd edition of the IAAF World Half Marathon Championships but the two-time defending champion will certainly start as favourite on Saturday.

The Kenyan’s margin of victory alone at the last two world half marathon championships – 13 seconds in 2014 when he won in what remains the championship record of 59:08 and then a massive 26 seconds two years ago when he crossed the line just two seconds slower than his 2014 standard – would have afforded him that status anyway but his form in recent months has reinforced the impression that he will be the man to beat.

After finishing sixth in the stunningly high-quality IAAF World Championships London 2017 10,000m last summer, he notched up a win at the New York City Marathon in November and in the last few weeks has sharpened up on home soil with two very good cross country wins including taking his national title in 28:32.

On the fast Valencia course, with almost perfect racing conditions predicted for the late Saturday afternoon start time with a temperature of around 15 degrees Celsius expected, and maybe some light rain, the two most pertinent questions are:

“The focus will be on me as usual. However, I have trained well and hope to travel to Spain without any concerns. I feel no pressure and will be running my own race,” he told Kenyan media earlier this week.

With Kenya having won the team title on 15 of the previous 22 occasions this championship has been contested, it’s no surprise that most of the main challengers to Kamworor on paper look as though they are going to come from his own team.

Jorum Okombo turned only 20 in December but has already run three races in under one hour in little more than the last six months.

He clocked a best of 58:48 when finishing second in the Copenhagen Half Marathon in September and more recently ran 59:36 to finish fourth in the RAK Half Marathon last month.

However, having run four quick half marathons since September, it is reasonable to ask how much Okombo will have left in his legs on his debut in a Kenyan vest.

The other three men in the Kenyan team – Alex Oloitiptip, Barselius Kipyego and 2017 world cross country championships silver medallist Leonard Barsoton – also all have career bests well under one hour. 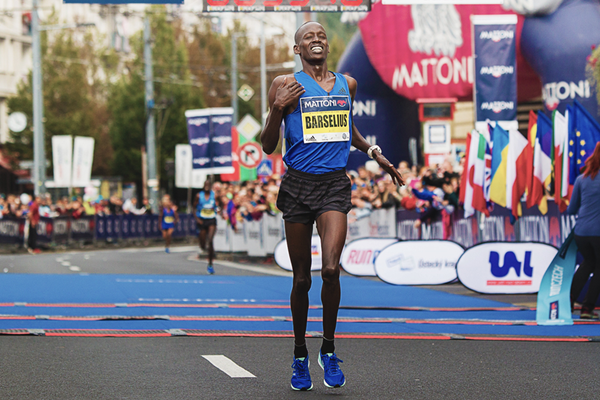 Oloitiptip impressed when finishing third in Copenhagen in September with a personal best of 58:51 but his two half marathon outings so far in 2018 have been much more modest.

Barsoton was two places behind his compatriot in the Danish capital in a best of 59:28 but, perhaps, the man who could be poised to make his mark in Valencia from this trio is Kipyego, who won the Usti Nad Labem Half Marathon in a personal best of 59:14 in September.

Other countries will inevitably feature although none have the strength in depth of Kenya.

The fastest man in Valencia will be Bahrain’s Abraham Cheroben, who won in Copenhagen in an Asian Area Record and 2017 world-leading time of 58:40, which moved him up to third on the world all-time list for the distance.

Cheroben’s international championship record is modest, highlighted by a 10th place in the Rio 2016 Olympic Games 10,000m, but he won at the 2017 Medio Maraton Valencia Trinidad Alfonso EDP in 59:11, an IAAF Gold Label road race and just a month after his victory in Copenhagen, and he will bring with him the advantage of knowing a lot about the championships’ host city and course. 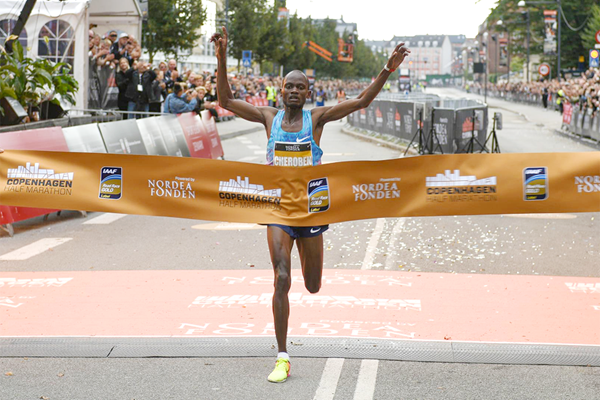 He also won in Valencia in 2014 and 2015, setting the present course record of 58:48 at the former race, and although the course has been modified for these championships there will still be many landmarks that he will recognise and, in turn, Cheroben will be recognised and get plenty of cheers from the local running aficionados.

Yimer has continued his upward trajectory in the first few months of 2018 with an excellent second place at the RAK Half Marathon in 59:00.

On this occasion, Ethiopia have sent a relatively weak team in terms of depth but in Yimer and his compatriot Leul Gebresilasie – who was second in Valencia behind Cheroben in a personal best of 59:18 last October and then followed it up with a stunning marathon debut in 2:04:02 in Dubai two months ago – they have two men who should be part of the battle for individual medals.

No less than 12 men are entered with career bests under one hour.

Among them, and leading the North American challenge, will be the USA’s Leonard Korir, who ran a personal best of 59:52 from the Delhi Half Marathon in November and who is undefeated in his three outings in 2018, while the top man from the old continent is Turkey’s 2017 European cross country champion Kaan Kigen Ozbilen, who has a best of 59:58.