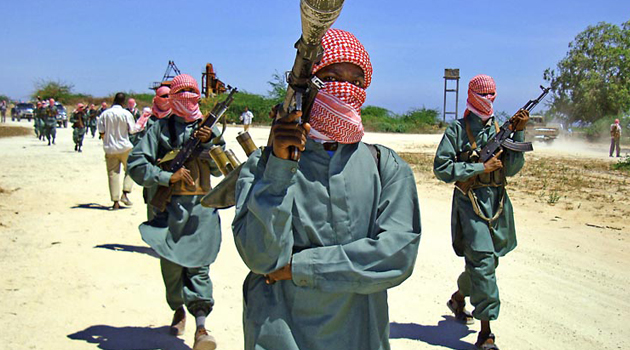 Mwenda Njoka, the Spokesman for Kenya’s Interior Ministry has told Capital FM News that the new measure is part of the government’s long term plans to secure the border with Somalia/FILE

NAIROBI, Kenya, Mar 23 – The Kenyan government is planning to put up a ‘security wall’ on the Somalia border to enhance security, in the wake of increased Al Shabaab attacks.

Mwenda Njoka, the Spokesman for Kenya’s Interior Ministry has told Capital FM News that the new measure is part of the government’s long term plans to secure the border with Somalia.

“We are going to have designated entry and exit points which will be manned by security forces unlike currently when we have people coming in and out across the border,” Njoka said in telephone in response to our queries for clarification on Cabinet Secretary Joseph Nkaiserry’s remarks at a local TV station on Saturday.

“We will also have access roads along the 700-kilometer border which will be patrolled by the security forces,” he said of what the minister had referred as a ‘security wall.’

Besides the road, he said, “we are also going to create a buffer zone on designated areas where people will be declared hostile if they go past a given area.”

Asked when the project will commence, Njoka said “All these have been factored in [the budget] and will start during this financial year.”

Nkaissery had told Citizen TV on Saturday night that “The security of the country is very important and that is why we want to erect the security wall.”

“The wall will be at Bulahawa area in Mandera to help our forces to manage security and people crossing from the other side,” the Cabinet Secretary said, days after the militants or their sympathisers launched attacks in Mandera killing at least seven people in separate incidents-including one that targeted the area Governor Ali Roba’s convoy.

Kenya has been worst hit by Al Shabaab militants, often launching offensives in Mandera, Garissa and parts of Wajir as well the Capital Nairobi which witnessed one of the worst attacks in September 2013 at an upmarket shopping mall where 67 people were killed.

One of the masterminds of the attack, Adan Dheq alias Garar was killed in a US drone attack in Bardhere, Somalia last week, dealing a major blow to the militia group since the killing of its leader.

A profile released by the Kenya police and the National Intelligence Service says Garar was a key facilitator during the 2013 Westgate attack that left more than 60 people dead.

He was specifically charged with the responsibility of bringing in the weapons that were used during the attack.

Garar, a Somali national according to the report, was the one who bought a Mitsubishi salon car that was seized in front of the mall after the attack.