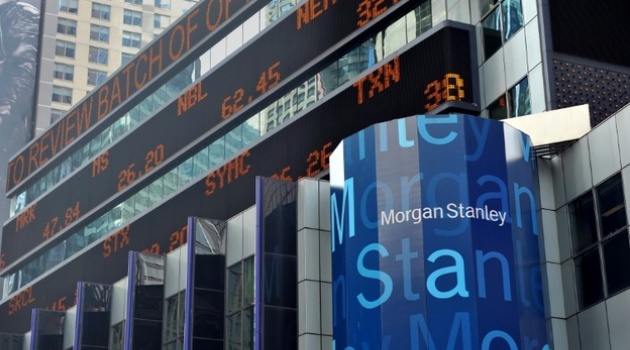 Morgan Stanley could transfer 1,000 of its 6,000 London jobs elsewhere in the EU if the UK leaves/AFP-File

NEW YORK, United States, Jun 21 – Two days before Britain’s referendum on breaking with the European Union, the largest US banks are preparing for a catastrophic scenario that could cost them billions of dollars.

Amid the volatile atmosphere in Britain, the banks are outwardly keeping a straight face.

“We are locked down on this,” said Michael Duvally, spokesman for Goldman Sachs, when asked how his bank is preparing for the possibility that Britain’s anti-Europe camp will win in the referendum on Thursday.

But in stark contrast, the Wall Street offices of the lawyers who work for the banks are almost under a state of alert, with every option under review, according to banking industry sources speaking anonymously.

The vote could have a huge impact on the City of London, where US banks do most of their business for the 28 European Union member countries.

If the Brexit measure goes through, it could lead to Britain’s losing huge benefits of freely trading with Europe. No longer would US banks be able to easily handle all of their business, broking, lending or other, in EU countries from London.

After public opinion polls were proven to be greatly unreliable in recent British elections, the banks are not putting their faith in any of the reported results, or even conducting their own private polls.

Instead, they are warning their traders to expect a very long, busy day of handling buy and sell orders across the financial markets during the June 23 referendum. And the same for the next day.

JPMorgan Chase has already reserved hotel rooms for traders close to its offices.

Call centers dedicated to communications with clients have been put into place, several banks confirmed.

“Thursday is going to be a hectic day. We are expecting large movements,” one banker said.

“Our clients are worried about what’s going to happen with the pound. Forex is the biggest concern.”

The five big US banks employ more than 40,000 people in London, more than in all of the rest of Europe.

They benefit from the “passporting rights” regime that allows the bankers to market their services from advising mergers and acquisitions to money management to lending and trading throughout the European Union without having a physical presence in any other EU countries.

A vote to leave the EU “would be a negative for the US universal banks since costs could increase and capital markets activity could weaken,” analysts at investment bank KBW wrote in a recent report.

Banks would face significant challenges in both revenues and costs over the next two years, they said.

“We believe Brexit would be the worst-case scenario for stocks and companies with EU/UK exposure, since a Brexit could lead to contagion fears and slowing growth,” the report said.

Sources say that the US banks have already been mapping out the possibilities of opening offices in Amsterdam, Dublin, Frankfurt and Paris.

However, some do have small outposts on the old continent from which they could build. Citigroup has a subsidiary in Dublin and JPMorgan has units in Frankfurt and Luxembourg.

JPMorgan chief executive Jamie Dimon warned in early June that the bank could be forced to cut up to 25 percent of its 16,000-strong staff in Britain in the case of a pro-Brexit vote.

Morgan Stanley could transfer 1,000 of its 6,000 London jobs elsewhere in the European Union, a source said.

Goldman Sachs one of the banks expected to lose the most in case of Brexit could move a quarter of its 6,500-strong Europe-Middle East-Africa team out of Britain.

Any such reorganization would necessarily have significant costs for staff relocation, acquisition of new licenses and officers, and financing of new operations, analysts note.

KBW calculates that Morgan Stanley could see a nine percent fall in its earnings over two years.