The automatic trading software dubbed ‘Bitcoin Profit’ had cited Dr. Kirubi as one of their investors to drive catch the attention of unsuspecting Kenyans/CFM
202
SHARES
ShareTweet

NAIROBI, Kenya, Mar 9 – Businessman and industrialist Dr. Chris Kirubi has urged members of the public to exercise extreme caution when making any investments after a cryptocurrency platform illegally used his name as an endorsement.

The automatic trading software dubbed ‘Bitcoin Profit’ had cited Dr. Kirubi as one of their investors to catch the attention of unsuspecting Kenyans.

“I would like to inform the public that I am in no way associated with this organization and the information provided is misleading and deceptive,” Kirubi told his 1.3 million followers on Twitter.

Dr. Kirubi added that the fraudsters have been misusing the nuggets of wisdom he usually shares on investment and business to solicit savings from unsuspecting Kenyans.

“While I often share investment tips and business advice, this information is shared from my verified social media handles and credible websites,” he said.

As early as 2015, Kenyans were being warned against being duped by cryptocurrency fraudsters. That year, the Central Bank of Kenya (CBK) issued a warning to the public against virtual currencies.

In 2018, CBK blacklisted virtual currencies and warned banks against dealing in them, citing security concerns.

Last year, the Blockchain Association of Kenya said the total number of cryptocurrency transactions, specifically that of Bitcoin, in Kenya was estimated to be worth over US$1.5 million.

In the UK, a report filed by the Financial Conduct Authority revealed that more than 1,800 people reported losing money to cryptocurrency fraudsters last year, a figure that tripled from the number filed the year before.

202
SHARES
ShareTweet
In this article: 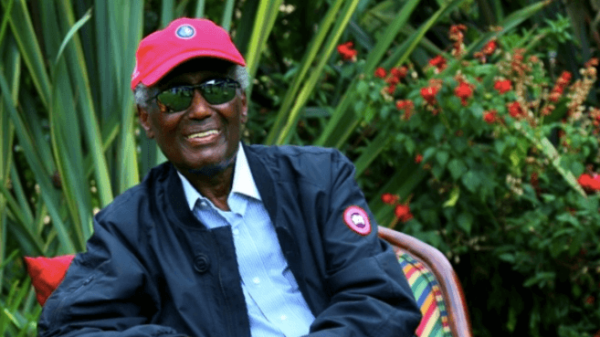 Finding Opportunity in the midst of the pandemic: AskKirubi

The truth is, every crisis while totally disconcerting, also has seeds of opportunity. As an entrepreneur, are you pivoting your business through some kind...