The financial assistance will be in the form of loans, which will be secured on first charge of the property being offered as security/FILE
0
SHARES
ShareTweet 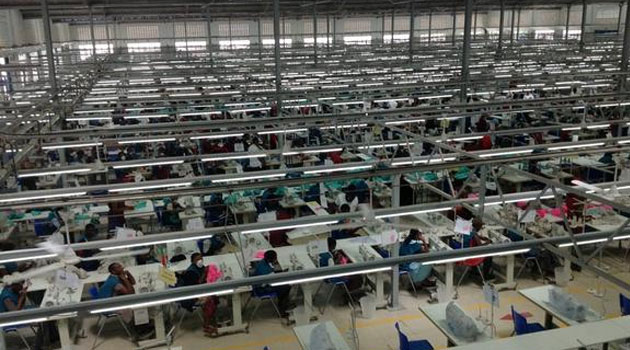 NAIROBI, Kenya, Dec 15 – Kenya’s economy is expected to grow by 5.6 percent in 2015, according to the latest Africa Macro report by Standard Chartered Bank.

The report attributes the growth to the anticipated drop in fuel prices and infrastructural projects in transport and power generation.

Standard Chartered Bank Africa Macro Managing Director Razia Khan says Kenya will be a significant beneficiary of lower oil prices in the near term, given the sizeable contribution of oil to its total imports.

“Rising geothermal energy generation will also drive down electricity prices, helping to keep inflation in check. Production of geothermal energy, the study shows, should reduce reliance on imported oil even further,” she adds.

The government hopes to add 500 Megawatts of capacity to its existing 1,664 Megawatts by 2017.

On infrastructure, the report shows that the ongoing government investments will keep capital goods imports and the current account deficit elevated.

“Construction of a Standard Gauge Railway will however boost integration across East Africa and eventually reduce transport costs significantly,” she says.

Kenya’s inflation outlook is expected to improve significantly in 2015, decelerating up to 5 percent, based on weaker oil, and lower electricity and food prices.

This should allow the Central Bank of Kenya (CBK) to cut its CBR by 50 basis points to 8 percent around July.

“With a more transparent loan pricing framework in place, and expectations that interest rates will remain low, this should further boost credit growth. The finance and insurance sector continues to make a sizeable contribution to overall GDP growth,” Khan says.

The 5.6 percent projected growth is however lower than the 6.9 percent announced earlier by the International Monitory Fund (IMF).

Khan says this is due to security challenges which are likely to remain a threat to business and consumer confidence.

“While Kenya’s medium-term outlook remains positive, growth is not evenly spread. Concerns over security and recent international travel warnings mean that tourism will continue to underperform. This could exacerbate perceived economic marginalisation on the coast, fuelling an already-tense situation,” Khan explained.

Going forward, she advises that Kenya will also need to grapple with issues around fiscal devolution, following the adoption of a new constitution in 2010, and the establishment of 47 new county governments in 2013