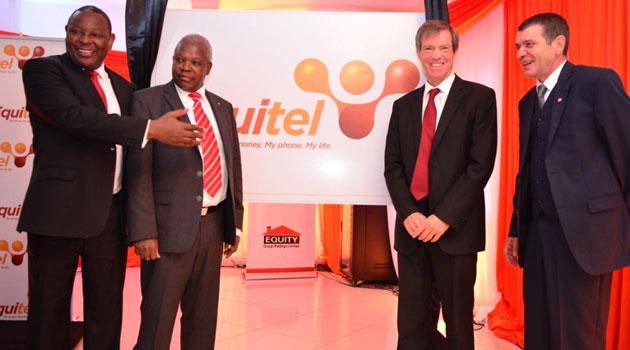 NAIROBI, Kenya, Jul 5 – Equity Group plans to introduce its mobile platform Equitel to all markets where it operates.

The firm is partnering with telcos in Uganda, Tanzania, Rwanda, South Sudan and the Democratic Republic of Congo to roll out Equitel in those markets.

He says the firm hopes to replicate the success of Kenya in the other countries.

“We have formed partnerships with mobile network operators so that we can leverage on their infrastructure without having to incur the cost of infrastructure. That leaves the bank with a lean and low cost infrastructure, while at the same time enhancing the sticking ability on the MVNO (Mobile Virtual Network Operator) and significantly reducing their problems in terms of users,” Mwangi stated.

Equitel which was launched in July 2015 now has two million active subscribers.

As at end of the first quarter of 2016 Equitel users transacted Sh62.5 billion while the value of mobile loans stood at Sh14.1 billion over the same period.

Equitel users through the “Eazzy Loan” product can borrow up to Sh3 million repayable over a 12-month period.