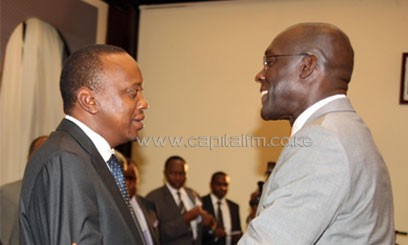 NAIROBI, Kenya, Apr 10 – Police have assured local and foreign investors of maximum security as they embark on their businesses under the new government of President Uhuru Kenyatta.

Police spokesman Charles Owino said they were determined to bring down crime levels in the country to attract investors as part of the new administration’s pledge to achieve a double digit economy.

“The president has promised the country a double digit economy; we as the police service have a huge responsibility for this to be achieved. We must ensure the country has security to enable this to take place and also to attract more investors in our country,” Owino told a press conference on Wednesday.

He however argued that security is a shared responsibility and urged Kenyans to observe the law as “security was paramount for any development in our country.”

Owino said that police reforms would be sustained, adding that it would be a tasking period for the police as they will be required to defend their positions and opportunities while still serving the country.

“It is a process which is very technical and sometime very painful to those affected because some people will have to pave way either because of age or professionalism,” Owino affirmed.

He however assured the country of security saying, “I would like to assure the public that despite the fact we will be multi tasking; we are going to provide ample security.”

“We have to get your support so that we can get the best police service in the country and the time is now. The situation demands we have one,” Owino explained.

He added that with a friendly police body, the public will be willing to support the police.

“Your reporting is very critical in terms of charting the direction of conversation about the country. You influence the morale, the psyche and the general mood of the country,” Adewa affirmed.

Adewa challenged the new government to promote Kenya as a tourism destination.

“It is important for our new leaders to be ambassadors of the Kenya brand. Leadership makes a difference and makes people want to belong.

“We cannot be instructed to be patriotic; we can only be inspired, by strong courageous and consistent leadership.”