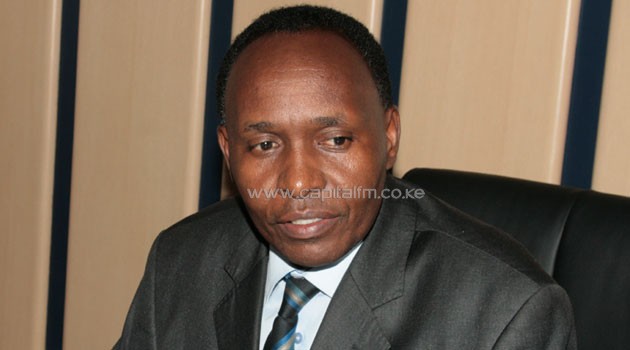 Mutea Iringo is the Principal Secretary for Interior. Photo/ FILE

NAIROBI, Kenya, Nov 13 – Ministry of Interior Principal Secretary Mutea Iringo has written to lawyers representing William Ruto to protest what he terms as ‘malicious’ allegations that he fixed the Deputy President to face trial at the International Criminal Court (ICC).

Iringo in the letter dated November 12, 2013 says he is a law abiding citizen and strong believer in the rule of law. “I have therefore never been part of any plans to offer cash and protection to witnesses who would testify against the Deputy President.”

The letter addressed to the head of Ruto’s legal team Karim Khan QC, argues that the claims made during the ongoing trial at the ICC were unfair, false and without basis.

Iringo contends the reckless accusations which are without basis have damaged his reputation and incited unnecessary political tensions.

“I expect that the legal team you head should avoid playing political games and instead conduct legitimate and credible investigations without tarnishing names of innocent individuals using privilege of the ICC forum, when these individuals have no means and or similar platform to respond to such accusations.”

At the weekend , Ruto’s key ally Charles Keter demanded the sacking of individuals in government he charged were responsible for fixing Ruto to face trial at the Hague. Even though Keter did not mention the individuals, Iringo is one of those mentioned during the ICC case as having fixed Ruto.

Iringo was the PS in charge of Internal Security in 2008.