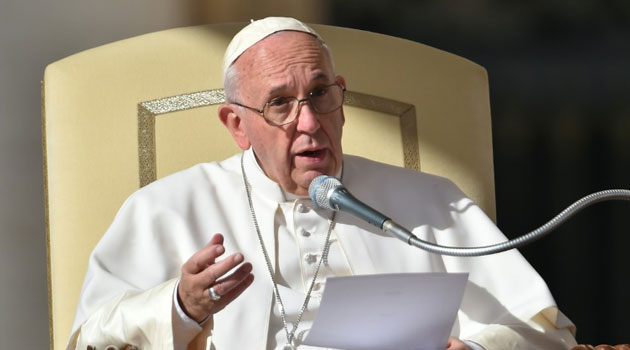 Pagotto, 66, archbishop of Paraiba in Brazil, allegedly welcomed into his diocese priests and seminarians accused of paedophilia after they had been expelled by other bishops.

He was also accused of refusing to discuss the thorny issue of sex abuse, which has plagued the Catholic Church for decades.

The Vatican gave no reason for his resignation, but Francis ruled last month that bishops guilty of negligence in child abuse could now be dismissed from office.

Pagotto had been banned from ordaining new deacons and priests or taking on new seminarians while the investigation was ongoing, Italian media reports said.

He was also reported for alleged homosexual relations with an 18-year old, they said.

He gained some notoriety in Italy last year during heated debates in the Vatican surrounding a key meeting on the Church’s approach to the family.

Along with two others, Pagotto authored a pamphlet on hot-button religious issues from divorce to homosexuality, which described gay sexual relationships as “gravely sinful” and called on gay people to live in chastity.

Francis upped pressure on the Church’s hierarchy in June with a papal decree which said cases of covering up for paedophile priests would fall under existing canon law allowing for prelates to be sacked for “serious reasons”.

The pontiff came to power promising a crackdown on cover-ups and a zero tolerance approach to abuse itself, but victims’ groups have expressed discontent with his record on ridding the Church of the taint of paedophilia.