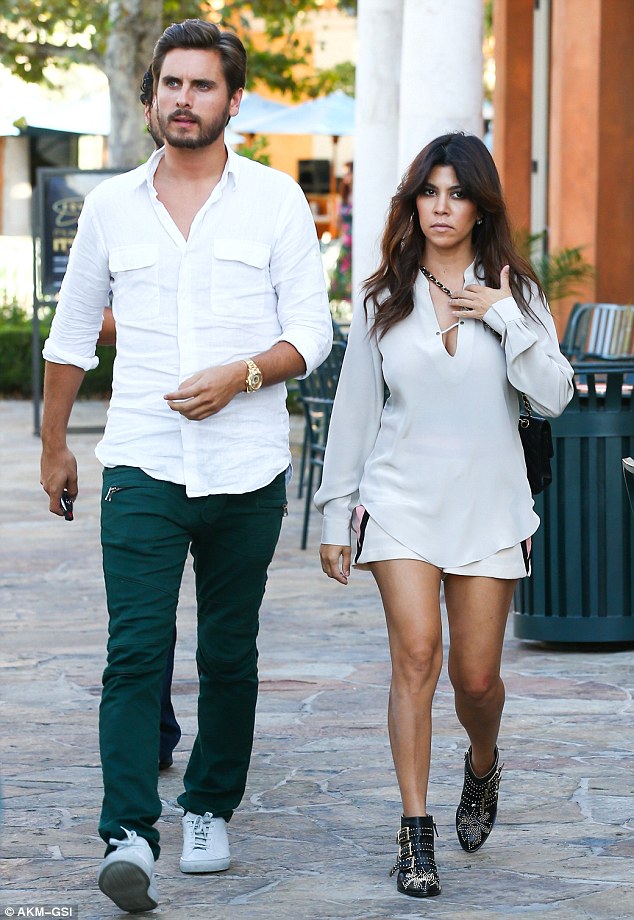 The humiliated reality TV star reportedly split up with the father of her three children after becoming tired of his endless partying.

He has also been spotted getting close to his stylist ex Chloe Bartoli in Europe.

A source told TMZ: “His partying lately has made her make this tough decision.”

Another insider added to E! News: “Kourtney dumped him after she saw the pictures [of Scott getting close to his ex in Monte Carlo] and he hasn’t been home after a month-long party binge.

‘Kourtney has always taken Scott back and been by his side, but now with three kids it has gotten old. Kourtney has to do what’s best for the kids.’

Meanwhile, another source has claimed the television personality – who has five-year-old son Mason, two-year-old daughter Penelope and six-month-old son Reign with Kourtney, 36, – is in a “classic shame spiral”.

They said previously: “He’s in a classic shame spiral right now. He knows he’s screwing up, and he knows what he needs to do.

“He has people telling him to go home and work things out, to repent and to move forward. But he’s not doing it.”

Scott’s friends are also said to be “concerned” about the father-of-three.

An insider said: “They fear he is out of control and has fallen off the wagon.

“He is partying hard and they are concerned.”