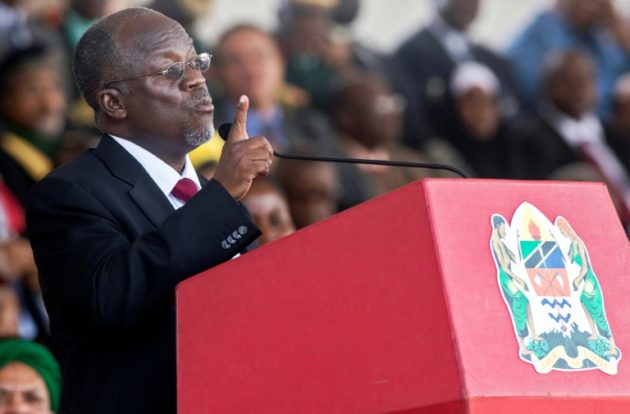 Magufuli claimed some animal, fruit and oil samples disguised as human samples had tested positive for the virus raising questions on the credibility of the country’s influenza laboratory.

“We extracted a sample from a goat which turned positive. This tells you that something is not adding up,” he stated.

“Are we now supposed to quarantine goats and fruits?” President Magufuli posed.

The Tanzanian leader who has been governing from his rural home in Chato, while urging citizens to exercise caution, downplayed the severity of the disease saying it could be managed without disrupting the country’s economy.

“Let’s continue working. Factories must continue to produce products. I have said it before and I will repeat this: I will not place Dar es Salaam under lockdown,” he asserted.

President Magufuli’s remarks came against the backdrop of a significant increase in the number of confirmed COVID-19 cases in the East African nation from 284 on April 29 to 480 by May 1, making the country the most affected in the region.

Kenya which had before May 1 registered the highest tally is second to Tanzania with 435 cases having been reported as of May 2. The virus had claimed twenty-two people representing a five per cent fatality rate.

In his remarks on Sunday, Magufuli cautioned against what he termed as fearmongering by politicians and the press which he accused of constantly running alarming news content on coronavirus.

He faulted the country’s health ministry for ordering fumigation in major cities saying there was no credible evidence that the exercise would help effort to contain the spread of the pandemic which has led to 244,000 deaths globally with over 3.4 million infections reported.

Magufuli’s response to COVID-19 has been fiercely criticized by opponents with the country’s Opposition Leader Freeman Mbowe urging him to change tact.

“I expected our president to be on the frontline to deal with this crisis, hold discussions with health experts on the pandemic instead of with heads of defence and security,” Mbowe said in a recent statement.

“You don’t change generals in the midst of a war. Transparency and timely information on the pandemic would help citizens to take appropriate precautions to prevent a further spread,” he said.

Mbowe’s sentiments had been echoed by Arusha-based advocate Albert Msando who was arrested on April 29 on sedition charges after he claimed President Magufuli’s regime was underreporting COVID-19 infections.