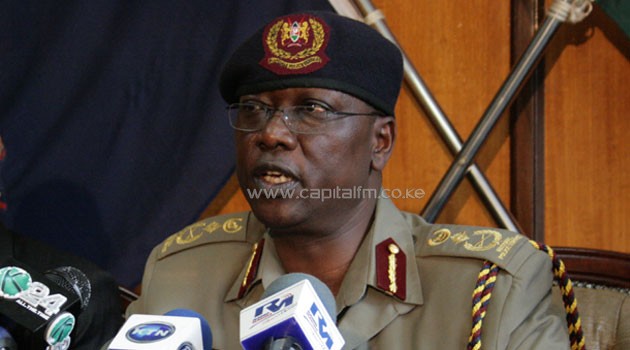 Kimaiyo warned of dire consequences for any police officer engaging in corruption, saying graft is to blame for the poor security management in the country.

Unveiling the plan at the Kenyatta International Convention Centre, Kimaiyo said it also aims to improve service delivery by police to members of the public.

He said the plan has spelt out the road map for police reforms that aim at modern equipping, capacity building, and enhancing use of technology and improvement of police welfare.

“The Government has already taken steps to address some of these issues which include 1,200 vehicles, improving police housing as well as introduction of medical insurance for police officers among other measures,” he said.

Once adopted, he said it will provide a standard mechanism of how police officers should conduct themselves while serving the public.

Under the new plan, he pointed out that part of transformation was to improve the policing style while refurbishment of police stations as points of service delivery will be given priority.

He further said that this will help change the perception that police were not committed in respecting human rights.

The implementation of the strategic plan in the next four years will entail renewed focus on intelligence-led policing, enhancing surveillance by incorporating CCTV cameras and integrating vital data needed for effective security management.
The cameras will be linked to a revamped National Crime Command Centre.

The plan also identifies strengthening various core institutions such as the Internal Affairs Unit, County Policing Authorities and Community Policing Committees as service delivery organs towards a holistic transformation of the service.

Kimaiyo also warned of dire consequences for any police officer engaging in corruption, saying graft is to blame for the poor security management in the country.

He says the police service image was being dented by officers who continue to engage in corruption which led to reduced public trust.

“With our strategic plan, the NPS is currently developing a police anti-corruption strategy, which shall be ready as a draft in the next two weeks,” he revealed.

“I am committed to handing over the ‘corruption baton’ to other institutions in future surveys on this issue. It is unfortunate that honest police officers find themselves discredited by the actions of a few corrupt colleagues.”

He noted that, sometimes their ability to serve fellow citizens has been degraded due to loss of public trust and confidence in the police service.