Equality now, Better for Kenya and Capital FM Kenya, in a series of ten episodes take us back twenty-six years to the Beijing conference, a turning point for women across the globe determined to ensure full implementation of human rights for women and the girl child.

1. Sexism in the Kenya media industry

In this series, Janet Mbugua moderates conversations with different personalities and industry leaders to discuss gender based issues.

Amina Abdi, Pinky Ghelani, Judy Gitau and Janet Mbugua pay tribute to the women who gathered at the first Beijing conference in 1995, determined to advance the goals of equality and it is through them that the status of women has advanced in various respects in the last two and half decades. The panel also discusses injustices they have experienced in the media industry.

2. GBV in the community

Shix Kapienga and Ciiku Wa Soxxy share their first encounters with gender based violence, addressing disagreements in relationships and their involvement in the community in regards to gender issues.

3. The culture of silence

Kate Actress, Valentine Njoroge and Janet Mbugua discuss the culture of silence, their personal experiences and instances where speaking has come with serious consequences.

4. 26 years after the Beijing Conference

Grace Kirapa, Hon. Adelina Mwau, Felister Gitonga and June Gachui discuss what gender equality means to them. Hon. Adelina Mwau who attended the Beijing conference highlights the powerful moment women from across the globe came together in one voice; a moment that would be a new beginning for women.

Abel Mutua, Foi Wambui and Janet Mbugua discuss sexual harassment in campus and experiences that students go through to get through school.

6. Sexual harassment at the workplace

Maureen Waititu, Joanne Kuria, Jean-Paul Murunga and June Gachui discuss sexual and gender based violence at the workplace and their personal experiences.

7. Gender Equality through the eyes of young Kenyan women

Grace Njeri, Wanjiru Njiru and Caroline Lagat discuss what it’s like being a young woman in Kenya today and experiences of gender inequality that they have encountered.

Kalekye Mumo, Marcus Olang’, Makandi Gitonga of Equality Now and Janet Mbugua discuss cyber bullying – a new frontier of sexual gender-based violence and the effect that has had on their lives.

10. SGBV in the family setting 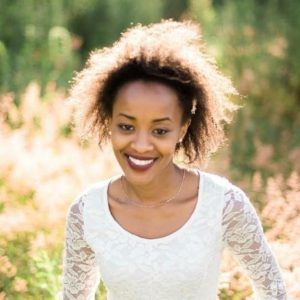