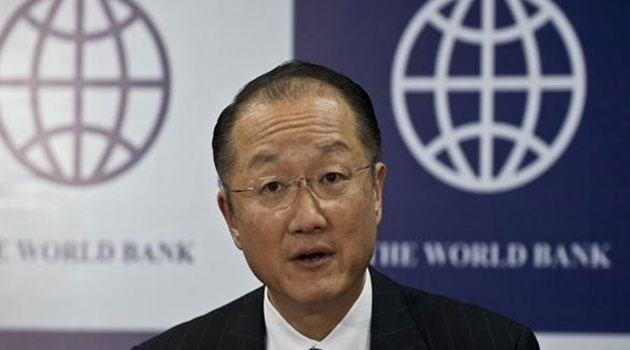 NAIROBI, Kenya, Oct 28 – Kenya is among eight countries in the Horn of Africa to benefit from a major financing of Sh715 billion ($8billion) announced by global leaders, who are making a historic visit to Kenya and the region this week.

The leaders of global and regional institutions on Tuesday begin the trip to the Horn of Africa to pledge political support and the new major financial assistance for countries in the region, over the coming years.

Others are high level representatives of the African Union Commission, the European Union, the African Development Bank and Intergovernmental Agency for Development (IGAD).

On its part, the World Bank says it will be releasing over Sh160.9 billion for cross-border activities in a Horn of Africa Initiative to boost economic growth and opportunity, reduce poverty, and spur business activity.

“This new financing represents a major new opportunity for the people of the Horn of Africa to make sure they get access to clean water, nutritious food, health care, education, and jobs,” Kim said on Friday prior to the trip.

For the UN’s Ban and World Bank’s Kim, this will be their third trip in Africa in 18 months together.

Other countries in the region include Djibouti, Eritrea, Ethiopia, Somalia, South Sudan, Sudan, and Uganda.

The European Union also announced that it would support the countries in the region with a total of around Sh330 billion until 2020, of which about 10 percent would be for cross-border activities.

The African Development Bank will be giving of Sh160.9 billion over the next three years for countries of the Horn of Africa region.

“Given the complexity of the environment prevailing in the region, we must convince ourselves that it is not the financial means that will win in the Horn of Africa region, but our commitment and determination to act under the leadership of the countries in a united and coordinated manner,” said African Development Bank Group Representative, Youssouf Ouedraogo.

On the other hand the Islamic Development Bank has committed to deploy up to Sh89.4 billion in new financing in its four member countries in the Horn of Africa including Djibouti, Somalia, Sudan and Uganda.

The new developments come at a time when several challenges including unemployment, insecurity, corruption among others.