Rome, Italy, Feb 24 – Italy said Wednesday it has asked the United Nations to launch an investigation into the killing of its ambassador to the Democratic Republic of Congo.

The envoy, Luca Attanasio, 43, died on Monday after a World Food Programme (WFP) convoy was ambushed in a dangerous part of the eastern DRC near the border with Rwanda.

Attanasio’s Italian bodyguard and a Congolese driver were also killed.

“We have formally asked WFP (World Food Programme) and the UN to open an investigation to clarify what happened, the reasons behind the security arrangements used and who was responsible for these decisions,” Italian Foreign Minister Luigi Di Maio told parliament.

Di Maio’s comments came the morning after the bodies of the two Italians were returned by military plane to Rome.

The convoy was ambushed in a dangerous part of the eastern DRC near the border with Rwanda. © AFP/File / ALEXIS HUGUET

On Monday, the DRC’s interior ministry blamed the killings on the Democratic Forces for the Liberation of Rwanda (FDLR), a Rwandan Hutu rebel group.

But the FDLR rejected the allegation and instead blamed the Rwandan and DRC militaries.

Di Maio said the WFP party was relying on UN protocol during the trip from the capital Kinshasa to Goma, some 2,500 kilometres (1,550 miles) east, but that Attanasio had “full power” to decide how and where to move within DRC.

“The mission took place at the invitation of the United Nations. So even the car journey took place within the organisational framework set up by the World Food Programme,” Di Maio.

Map of DR Congo’s eastern Goma region and Kibumba where Italy’s ambassador was killed in an attack on a UN convoy, Feb 22 © AFP / Patricio ARANA

The WFP is a branch of the UN which focuses on hunger and food security, and which was awarded the Nobel Peace Prize last year.

Di Maio said a team of Italian police had already been dispatched to the DRC for an initial investigation and others would follow.

In addressing the Chamber of Deputies, Di Maio provided preliminary details of how the attack on the two vehicles unfolded in the mountainous, thickly forested area about 25 kilometres from Goma, between 10:00 am and 11:00 am local time on Monday.

In addressing the Chamber of Deputies, Di Maio provided preliminary details of how the attack on the two vehicles unfolded © POOL/AFP / Filippo MONTEFORTE

Six attackers “allegedly forced the vehicles to stop by placing obstacles on the road and firing several shots from small arms in the air,” Di Maio said.

Although the sound of gunfire attracted park rangers from the nearby Virunga National Park, a wildlife reserve, and army soldiers, the attackers ordered the members of the convoy out of the vehicles and into the bush, Di Maio said, citing information from the governor of North Kivu.

“The governor added that in order to force their victims to leave the road and enter the bush, the assailants killed the WFP driver,” he said.

“According to initial reconstructions of the WFP, the assailants then drove the rest of the members into the forest.”

Upon the arrival of the armed park rangers at the site, the attackers “opened fire on the (bodyguard) soldier, killing him, and on the Italian ambassador, seriously wounding him”, Di Maio added.

Attanasio was later evacuated to a hospital in Goma, where he died.

The office of DRC President Felix Tshisekedi said Wednesday that all diplomats in the country will from now on be obliged to “report any movement within the country to the government”.

The requirement to inform DRC’s foreign affairs ministry about diplomatic travel came after the interior ministry on Monday said security services and provincial authorities had not been informed in advance of Attanasio’s trip.

But the WFP said the road on which the attack occurred had previously been cleared for travel without security escorts.

The European Union’s ambassador in Kinshasa, Jean-Marc Chataigner, said on social media that Attanasio had gone on the trip to visit Italian nationals living in Goma and to see WFP projects first-hand.

“It is absolutely normal for an ambassador” to visit WFP projects, he said, noting that the UN’s food agency won the 2020 Nobel Peace Prize.

Chataignier lashed out at what he said were “fake news” postings on Facebook and Twitter that alleged Attanasio had gone to North Kivu to promote Italy’s “mining interests.”

“Italy doesn’t have any corporation in the DRC mining sector,” he pointed out. 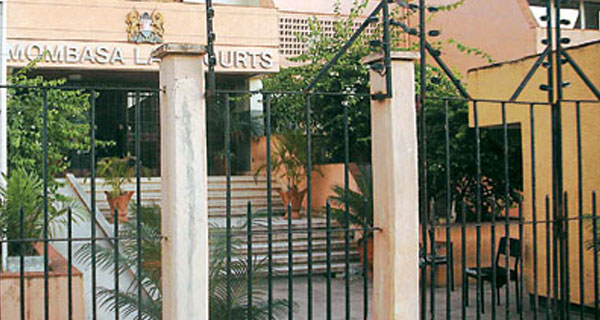