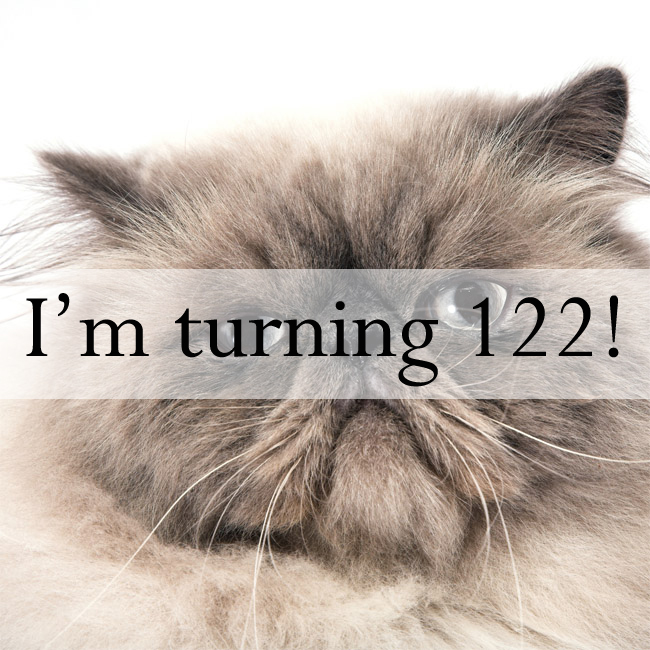 The world’s oldest cat will turn 122 next month.

Tiffany Two from San Diego, California, is to celebrate the landmark birthday on March 31, making her aged 26 in human years.

According to the record-breaking kitty’s owner Sharon Voorhees, Tiffany – who was born in 1988 – is still full of life.

She said: “She’s not afraid of anything or anyone. She walks right past the dogs, she’s very feisty.”

And it isn’t the first time the tortoiseshell cat has defied the odds.

She previously went missing for a full two years before finding her own way home, reports the Metro newspaper,

However, Tiffany still has some way to go to beat the oldest cat ever, Creme Puff, who died in August 2005, aged 36 and three days.