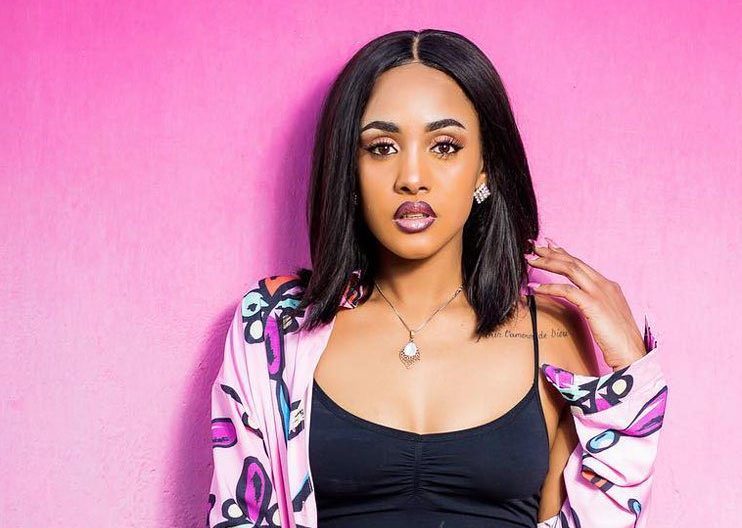 Diamond Platnumz put a bun in Tanasha Donna’s oven, and now the birth of Donna’s first child is only days away.

The duo hosted an extravagant baby shower to welcome their baby boy. The event took place at Best Western Coral Beach Hotel in Dar es Saalam yesterday (23.8.2019) with friends and family in attendance. Among some of the notable guests including Tanasha’s grandmother, Diamond’s mother Sanura Kasimu, and even Diamond’s sister bongo singer Queen Darlene. Friends included Wasafi WCB ‘s Rayvanny, Dangote’s manager Sallam SK, and more. Kenyan socialite and entrepreneur Vera Sidika was also present, to support the couple. Unfortunately, some of Donna’s friends were absent from the private event more notably Barack Jacuzzi and Nairobi’s youngest sponsor Shaq The Youngin were absent, despite being present for the lux Gatsby-themed birthday bash which took place in July, earlier this year.  Harmonize was also notably absent, after it was made clear yesterday that he is in the process of distancing himself from Diamond’s Wasafi WCB label.

Based on Tanasha’s Instagram Stories, she enjoyed herself despite the absence of her friends, as she cozied up to Chibu Dangote as the celebrations went on into the evening. The event was well organized, as guests were treated to champagne and an array of foods. As the evening went on some entertaining games played which engaged the distinguished guests invited. Some of the funny games include the diaper game and the baby bottle game which Queen Darlene won. Vera judged the diaper game, which declared Diamond as the winner.

It is unclear when Tanasha is set to have her child, but she did confirm that the gender of the baby is a boy. As earlier reported by The Sauce, the ‘secret’ good news was disclosed during a double birthday celebration of the singer’s mother and his girlfriend in July. Speaking during the event, which was also attended by Kenyan comedian Eric Omondi, Diamond said: “There is no need of hiding it anymore, she is now seven months pregnant and in two months our family will be bigger”.

The couple has shared their whirlwind romance online via social media. Diamond gifted Tanasha a car, when many thought he would have offered her a ring to make their love official. The jury is still out on whether the couple will marry, nonetheless, 23-year-old singer Oketch seems committed to staying with the ‘Sikomi’ crooner.