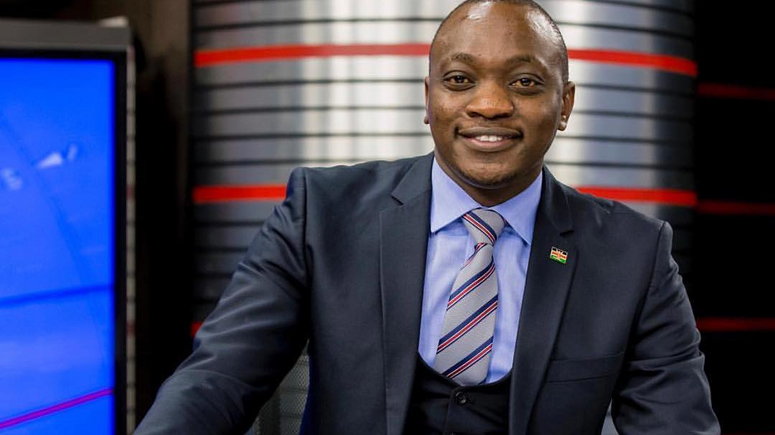 NTV news anchor Ken Mijungu has lashed out at fellow TV journalist Betty Kyallo accusing her of portraying her ex-husband Dennis Okari as an irresponsible father. As reported by The Sauce, the mother of one recently took to social media to detail her daughter Ivanna’s long ailment earlier this year.

Kyallo expressed in detail how her four-year-old cheated death following a mysterious ailment that left her hospitalised for four months.

She spent a month of that time in the Intensive Care Unit, according to Kyallo and was diagnosed with a rare autoimmune disease known as ADEM (acute disseminated encephalomyelitis).

In the post, Betty proceeded to thank several people including her colleagues, family, doctors, her daughter’s teachers, and friends for helping her out during the troubling times, but not her ex-husband.

Okari and Kyallo welcomed their daughter Ivanna in 2014 and then got married in 2015. Their marriage that lasted a mere six months and Okari has since remarried.

It is Okari’s exclusion that particularly appears to have irked his close friend and fellow NTV anchor Ken Mijungu.

“While she has the right to post anything about Ivanna and her challenges this year and thank God for it, she inevitably and deliberately exposed my best friend Dennis as an irresponsible father. From the responses, you guys have based Deno for no reason and I know Betty will not correct it,” explained Mijungu on his Facebook page.

“Betty be honest, Okari and even Naomi (Okari’s current wife) were there for Ivanna from the day we learnt of her illness and were by her side day and night.”

“To deliberately paint him as irresponsible is immoral my friend. You don’t have to correct the impression you have created because the Somali guy is by your side but at least be honest.”

Mijungu also says Betty blocked her from seeing Ivanna in the hospital which is understandable. He adds that Okari was also pivotal in contributing towards Ivanna’s Sh7 million medical bill.

The TV siren has previously said that she is a single parent and that her baby daddy is not in her daughter’s life.