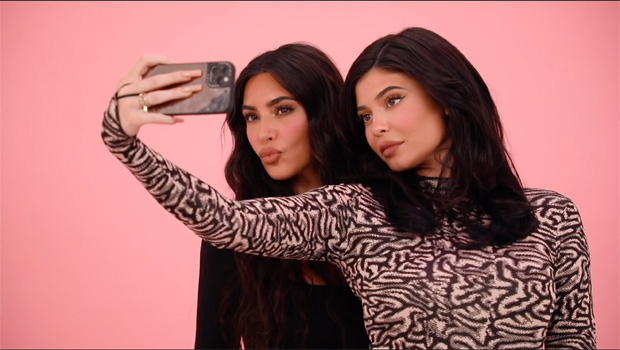 The KKW Beauty founder had agreed to let the lip kit guru give her a makeover but proceedings were called to a halt when the 22-year-old star struggled to get to grips with her own product.

Kylie – who pointed out she isn’t a professional make-up artist – began by saying: “I love a bright inner corner, so I like to spray …This is a new ones.”

However, the product failed to spritz properly, and as Kylie clicked the nozzle with frustration, she exclaimed: “Why the f**k is this not working?”

Kim wasn’t impressed at having to wait and jokingly claimed the spray was “cheap s**t”.

Her younger half-sibling continued trying to get the bottle to work and again exclaimed: “What the f**k.”

She eventually got the spray going but the tutorial then hit another snag when Kylie was applying Kim’s eye make-up and accidentally removed one of the 39-year-old star’s false eyelashes.

The pair joked they should wish on it but Kylie gave the unusual souvenir to one of her assistants.

But Kim joked she had plans for her “wish” after Kylie recently beat her number of social media followers.

She quipped: “I just wished I would beat you in Instagram again. Now my wish won’t come true.”

Meanwhile, the pair’s mother, Kris Jenner, recently admitted she is “bursting with pride” over her daughters’ success in the beauty industry.

She said: “As a little idea from Kylie and me and Jen and Matthew was there too, a few people with a really big idea… we couldn’t do it without you. When we started out, and KKW Beauty was just a dream for a minute, and then we became one big family, it makes me so proud. I am bursting with pride for my daughters.”