Pogba becomes the third footballer in a series of recent online racist attacks, here is everything we know - The Sauce 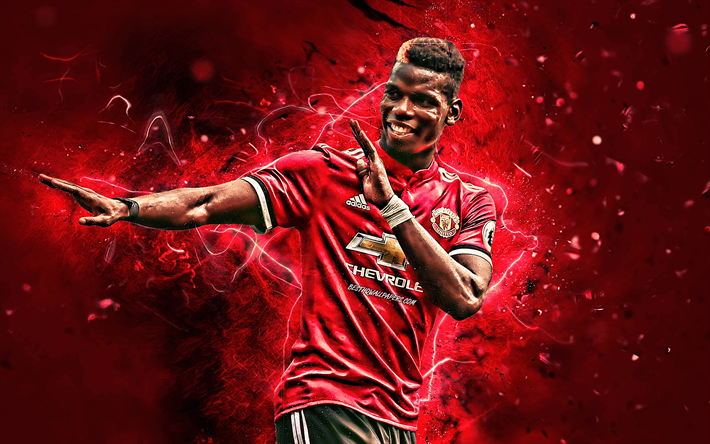 French professional footballer Paul Labile Pogba became the victim of a racist attack from Machester United fans. But the recent series of attacks have exposed a very dark and twisted side of football and human nature, where lines have been drawn in the sand, dividing fans and players alike.

Here is everything we know so far:

In what many termed as an ‘honest mistake’ Pogba missed a penalty shot, and social media trolls were quick to attack him. It seems some fans were unimpressed by his performance taking to social media to abuse the talented player, taking their rage out on the player. According to a report on BBC, Pogba had a second-half penalty saved in the 1-1 draw with Wolves on Monday. The 26-year-old is the third player in a week to be racially abused on social media following a penalty miss.

I just read through this message by Pogba and it was so touching. Racism has existed in football for a long time and I really understand how it feels to be racially abused😢 We must Say No to Racism! or else it spoils the game. Stay strong Pogba💪#istandwithpogba pic.twitter.com/P34Z7pmsvD

2. Manchester United is clear on a zero tolerance to racism.

In a statement, the Manchester United management team said: “Manchester United has zero-tolerance of any form of racism or discrimination and a long-standing commitment to campaigning against it through our #AllRedAllEqual initiative.” They went on to add that fans who hold racist ideologies should not be part of the Red Devils, “The individuals who expressed these views do not represent the values of our great club and it is encouraging to see the vast majority of our fans condemn this on social media also,” read a United statement.

Manchester United has zero tolerance of any form of racism or discrimination. #allredallequal pic.twitter.com/neapEz2FFa

But many are asking is Manchester making a statement enough of an effort to protect the welfare of their fans?

World Cup winner, and arguably one of the valued players in the game of Football, Pogba’s attack confirmed the need for more stringent monitoring of social media use. According to a Sports Pro Media published report, “Premier League clubs recorded 2.7 billion fan engagements on social media platforms throughout 2018, while their heightened activity across a range of channels saw their cumulative social following grow by 13 percent, with 140,000 new fans added on average each day.”

Based on the survey Ole Gunnar’s team Manchester United,” ranked as the number one Premier League club on social media, according to a report from Newton Insight. The study ranked the social media performance of all 20 top-flight English soccer clubs according to eight indicators, including the size of their fanbase, growth of fanbase and engagement.” However, social media monitoring has been a difficult hurdle, in policing online interactions.

Pogba is the third player to suffer a racist attack after a difficult game. Yakou Mitie was branded a ‘f*cking monkey’ after missing his penalty in the Reading game against Cardiff. The Sun reported the Ivorian “missed a penalty for the Royals following his late introduction at the Madejski Stadium. Meite disclosed a private message after Sunday’s game where a sick troll labeled him a “f***ing monkey” after writing: “Mother f***er. Can’t score penalty.”

I don’t think i need to speak. @ReadingFC pic.twitter.com/NOHaqxxJcf

Chelsea forward Tammy Abraham was also the victim of racial abuse after a missed penalty.

But it seems that there might be a more direct way to effect social change with a social media boycott. According to England’s Women football manager Phil Neville, a social media break could be just what could jumpstart more serious social reform. He said, “Six months – let’s come off social media. Let’s see the effect that it has on these social media companies, whether they’re really going to do something about it.” But could it be that simple?

Football fans have taken to Twitter standing against the racist attacks online under the #IStandWithPogba. The trending hashtag has led many to rethink their interactions online, with many emphasizing the need to end racist rhetoric in football and in the world.

What the actual Feck gives anyone the right to abuse someone Regards their race or religion, he plays football very well but shock horror sometimes it doesn’t go so well, go give your heads a wobble! #istandwithpogba pic.twitter.com/xFaF5oBLTN

Being a Liverpool fan, tbh, I can't fucking stand Man Utd, & Paul Pogba is not my favourite player. But when I read some of the abuse he received this morning on Twitter I was shocked, saddened, & angered. It's not banter, it's disgraceful & unacceptable. #istandwithpogba

Not a single player deserves racial abuse. People like Paul should be celebrated rather than put down. He’s a generational talent and the individual accolades he has is fantastic. I adore this man genuinely and people always seem to forget his triumphs. My CM❤️ #IStandwithPogba pic.twitter.com/IaBplgCoe7

#istandwithpogba but I also stand with every other player who has been racially abused.

We’re all human, we’re all the same and we’re all adults so let’s start fucking acting like it.

Racism has no place in football or in this world. It’s time to stamp it out. #notoracism pic.twitter.com/tovEOAJ8cK

#istandwithpogba but I also stand with every other player who has been racially abused.

We’re all human, we’re all the same and we’re all adults so let’s start fucking acting like it.

Racism has no place in football or in this world. It’s time to stamp it out. #notoracism pic.twitter.com/tovEOAJ8cK