Meet Jessica, a Ugandan who is the first person to visit all 195 countries in the world - The Sauce 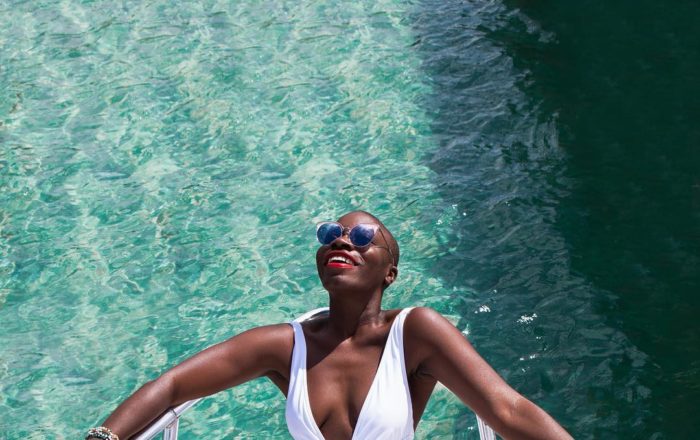 Ugandan-American travel enthusiast Jessica Nabongo has become the first documented person to visit all the 195 United Nations member countries. The last country she visited was Seychelles. The African Exponent reports that in just two and a half years, Jessica had visited 135 countries. She is the founder of a boutique travel agency ‘Jet Black’ where she worked full-time. She, however, had to leave that job in order to fulfill her dream of traveling to all countries. The American-born traveler highlights that traveling the world while black still posed some obstacles to her overall experience even though she possessed an American passport.

Welcome to the Seychelles 🇸🇨 !! Country 195 of 195! 😝😆😏🥺😩😳🤯🤗😎⁣⁣⁣⁣ ⁣⁣⁣⁣ So much to say but for now I will just say thank you to this entire community for all of your support. This was our journey and thanks to all of you who came along for the ride!! ⁣⁣⁣⁣ ⁣⁣⁣⁣ Thanks to the 54 people that are here celebrating with me in the Seychelles with the gorgeous backdrop of the @thehresortseychelles with the planning expertise of @vividvibeseventplanning! Last night was unreal and I’m so so grateful. My heart is full!!! ⁣⁣⁣⁣ ⁣⁣⁣⁣ 👗: Sho via @neimanmarcus ⁣ 👠: Yeezy Season 8 via @mytheresa.com ⁣ Earrings: @84gem ⁣ ⁣ 📷 : @christa.shoots ⁣ ⁣ #catchmein195 #catchmeinseychelles #catchmeintheseychelles

On her blog titled ‘The Catch Me if You Can‘, she has recorded the United States as her first country to visit since she was born there. She visited Kenya in 2013 and went to places like the Giraffe Centre and The Foundry.

Jessica Nabongo talks about the reason for her traveling the world in her blog saying, “This journey that I am on is about breaking stereotypes and experiencing different cultures. When I travel to countries that are “off-the-beaten-path” I rarely see any black people, not American, nor African. Because of this, people are often shocked to see me. Part of this goal for me is about normalizing blackness and letting people all over the world know that black people travel as well. Beyond that, I am just curious about the world. I always have been. I love learning how we as human beings are more alike than we are different. Even with language barriers, you can still laugh with a stranger. You can still learn from a stranger and it is a beautiful feeling.”

According to a CNN report, “Born in Detroit to Ugandan parents and holding two passports, Nabongo’s epic odyssey hasn’t just been about getting her name in a record book.”

“She’s hoping to pave the way for women and people of color to do the same. Although she felt like she’d achieved “the American dream” by landing a six-figure job at a pharmaceutical company after college and buying her own place in the Motor City, the work didn’t satisfy her.

“She began renting out her condo to make money, then hit the road — first, teaching English in Japan, then grad school at the London School of Economics, followed by a job at the United Nations that took her to Benin and then Italy. But that wasn’t enough to sate the travel bug.”

Nabongo recorded her every visit through video which leads to her journey being acknowledged globally.

39
SHARES
ShareTweet
In this article:CNN, Guiness World Record, instagram, Jessica Nabongo, lifestyle, The Catch Me If You Can, Travel, uganda, United Nations