Avril and Naiboi squash beef with a double release - The Sauce 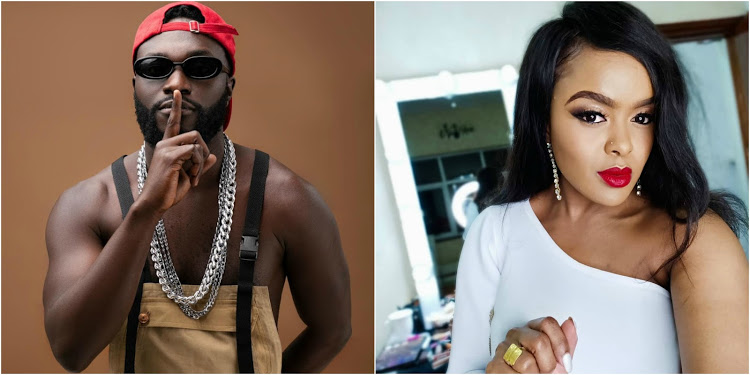 Kenyan music stars Avril and Naiboi have let go of the past and decided to bless their fans with new music.

The two hitmakers have today (27.02.2020) released two collaborations and their first songs of the year. The two teamed up in songs titled ‘Weka’ and ‘Rada’.

‘Rada’ is a lovey-dovey type of jam by Naiboi featuring Avril, the audio was produced by the award-winning Cedo and the video was directed by popular Video-maker J Blessing. In ‘Rada’, Avril expresses her feelings towards Naiboi who in turn warns Avril not to chokoza him and leave him high and dry.

‘Weka’ is a feel-good club song that will have you dancing by Avril featuring Naiboi, the audio was produced by Ilogos Music and the video was directed by J Blessing.

The two new releases have come amid speculation by fans that they are working on a collabo after beefing for two years.

Their beef originated back in 2018 when Avril refused to feature in his ‘2in1’ song to which defended herself saying, “I couldn’t. I was unfortunately in hospital. Didn’t feel like getting into it with him. Let people do what they gotta do.”

They later exchanged bitter words online after Naiboi posted saying he wouldn’t collaborate with her, she commented, “Dude, kwani nilibreak heart yako aje? Tweny Twenty haitaki makasiriko za 2018, holding on for two years? Gaai, I would hate to be your chic. Forgive and forget.”

Early this week Avril shared a photo of Naiboi on her page, thirsting over him while Naiboi shared a short video clip with Avril’s ‘Chokoza’ song playing in the background and tagged her.

What is your favourite Naiboi and Avril collabo? ‘Weka’ or ‘Rada’?