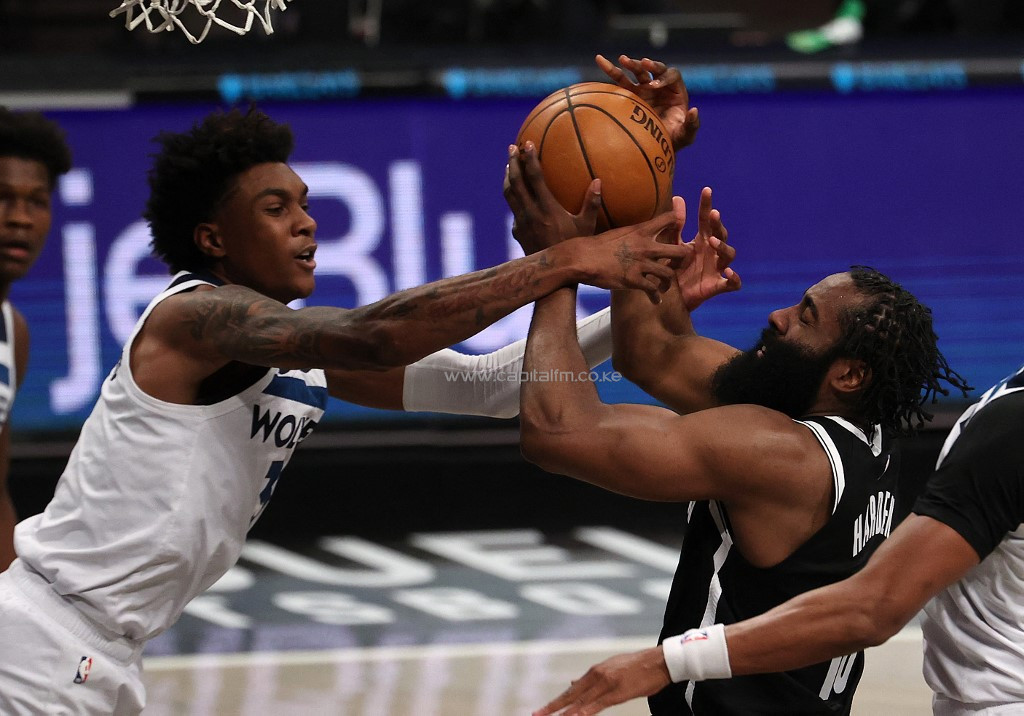 James Harden in action for the Nets
2
SHARES
ShareTweet

Westbrook unleashed 35 points, a career-best 21 assists and 14 rebounds to power the Wizards over the visiting Indiana Pacers 132-124 for the 162nd triple-double of his career.

It was the first triple-double in NBA history with 35 or more points and 20 or more rebounds. Only Magic Johnson and Oscar Robertson had previously produced triple-doubles of 30 points, 20 rebounds and 10 assists.

“I take pride as a leader in making my teammates better. Tonight the guys helped me out making shots and keeping it moving,” Westbrook said.

It was Westbrook’s 16th triple-double with the Wizards, the 32-year-old US guard setting a club one-season record in only his 38th appearance for Washington.

“Mindset was to go out and be aggressive and make sure I set the table for my teammates like I’ve been doing all year long and make sure they have confidence going into the fourth,” Westbrook said.

“When the fourth hits, it’s time to take over.”

In New York, Harden scored 38 points, passed off 13 assists and pulled down 11 rebounds, while Kyrie Irving added 27 points in his return as the Nets beat visiting Minnesota 112-107.

Harden delivered his 12th triple-double in only 32 games with the Nets, tying Jason Kidd’s one-season club record, as Brooklyn moved a half-game back of Eastern Conference leader Philadelphia at 32-15.

Brooklyn’s Kevin Durant remains sidelined for at least another week due to a hamstring injury.

Frenchman Rudy Gobert had 18 points and 17 rebounds as the Utah Jazz improved the NBA’s best record to 35-11 with a 114-75 trouncing of visiting Cleveland.

Donovan Mitchell had 19 points, and Mike Conley added 18 for the Jazz, whose win streak stretched to five games.

The Los Angeles Clippers extended their win streak to six games by ripping the Milwaukee Bucks 129-105, improving to 32-16 and staying four games behind the Jazz in the Western Conference.

The Heat improved to 23-24 to match Boston for seventh in the East after the Celtics were beaten 115-109 by the visiting New Orleans Pelicans.

Jayson Tatum scored 34 points and grabbed nine rebounds for Boston, which closed the game on a 20-8 run but couldn’t overtake the Pelicans.

Frenchman Evan Fournier went 0-for-10 from the floor in his Celtics debut after being obtained from Orlando at the NBA trade deadline.

Stephen Curry scored 32 points to lead the Golden State Warriors to a 116-102 home victory over Chicago.