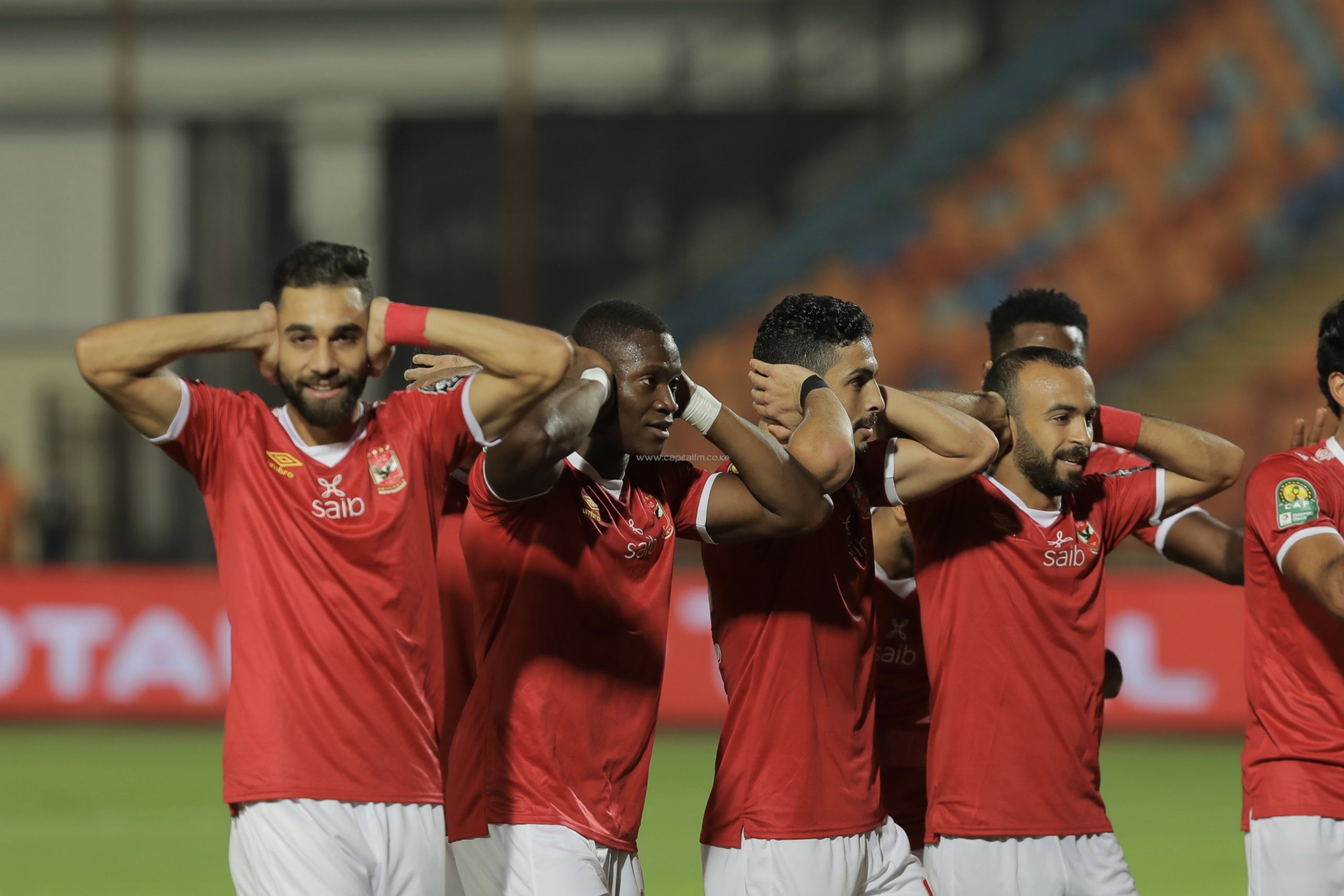 Al Ahly players celebrate one of their three goals against Wydad Club Athletic during the semi-finals of the CAF Champions League on October 23, 2020 in Cairo, Egypt. PHOTO/CAF/Twitter
114
SHARES
ShareTweet

El Gaish scored in stoppage time to force a 1-1 draw, but record nine-time African champions Ahly won 3-2 on penalties in Alexandria to complete a memorable season.

Here, AFP Sport rounds up the football news from Africa at the weekend.

“The current players are writing their names into the Ahly history books like the golden generation led by Mohamed Abou Trika and his teammates,” said Mosimane.

Themba Zwane scored a chart-topping sixth goal in as many South African Premiership matches for leaders Mamelodi Sundowns as they drew 1-1 at bottom club Maritzburg United.

A Zwane tap-in gave the 2016 African champions a first-half lead, but a powerful Kwanda Mngonyama header on the hour earned Maritzburg a first point this season after five losses.

It was an encouraging debut for German coach Ernst Middendorp in his third spell with Maritzburg after quitting Ethiopian club Saint George just one month into a three-year contract.

Three-time African champions Raja came from two goals behind to lead at FUS Rabat before Naoufel Zerhouni equalised 18 minutes from time for the hosts in a thrilling 3-3 draw.

Serb Kosta Papic has pleaded for patience from disgruntled Hearts of Oak supporters after succeeding sacked Edward Odoom as coach of the famed Ghanaian club.

The 2000 CAF Champions League and 2004 CAF Confederation Cup winners lie 16th of 18 clubs in the Ghana Premier League after two draws and a defeat.

“I did not have a pre-season with the club and barely know the players so please give me some time,” said Papic, whose previous clubs include Kaizer Chiefs and Orlando Pirates in South Africa.

Defending Tunisian Ligue 1 Professionnelle champions Esperance had to come from behind to draw 2-2 at home against promoted Slimane in the opening round of the season.

Ivorian Fousseny Coulibaly spared the blushes of the Blood and Gold with an 84th-minute equaliser after the newcomers had scored twice in six minutes midway through the second half.

Esperance have been Tunisian champions a record 30 times and form the ‘big four’ in the country with Club Africain, Etoile Sahel and 2020 runners-up CS Sfaxien.