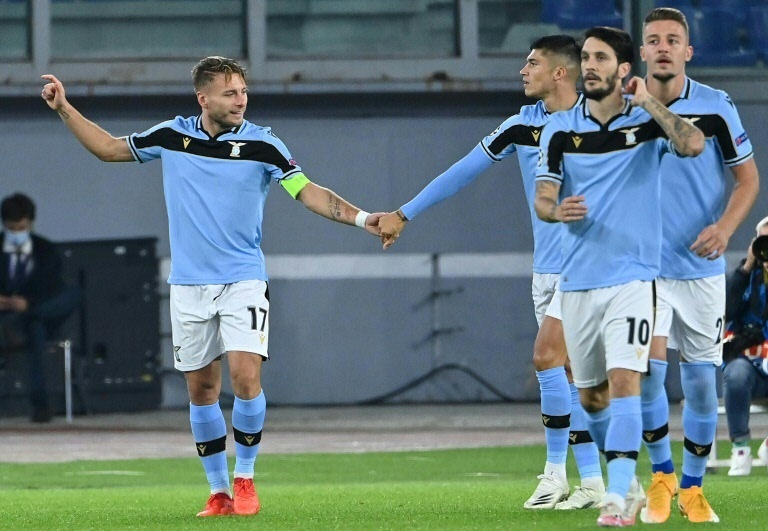 The FIGC said in a statement they had “opened an investigation into Lazio to ascertain any violations of the health protocols aimed at containing the Covid-19 epidemic”.

Italian media report that the absence of the three players, who also missed last week’s 1-1 draw at Club Brugge, is linked to coronavirus tests carried out before their planned departure for Belgium in line with UEFA protocol.

However, Italian international Immobile and Leiva both played in Sunday’s 4-3 win at Torino after tests carried out by Lazio.

“We are accustomed to this emergency situation, it saddens me not to have available the players who fought to reach the Champions League,” coach Simone Inzaghi told a press conference in Russia, without specifying whether or not the players were positive for the coronavirus.

Explanations have already been requested from Lazio management after two inspections carried out by Italian football authorities at the team’s training centre in the past week.

The FIGC added that it had already asked Lazio for the new tests carried out before the match against Zenit.

Immobile, the European Golden Shoe winner last season, scored in Lazio’s opening Group F win over Borussia Dortmund, as the club returns to the Champions League after a 13-year absence.