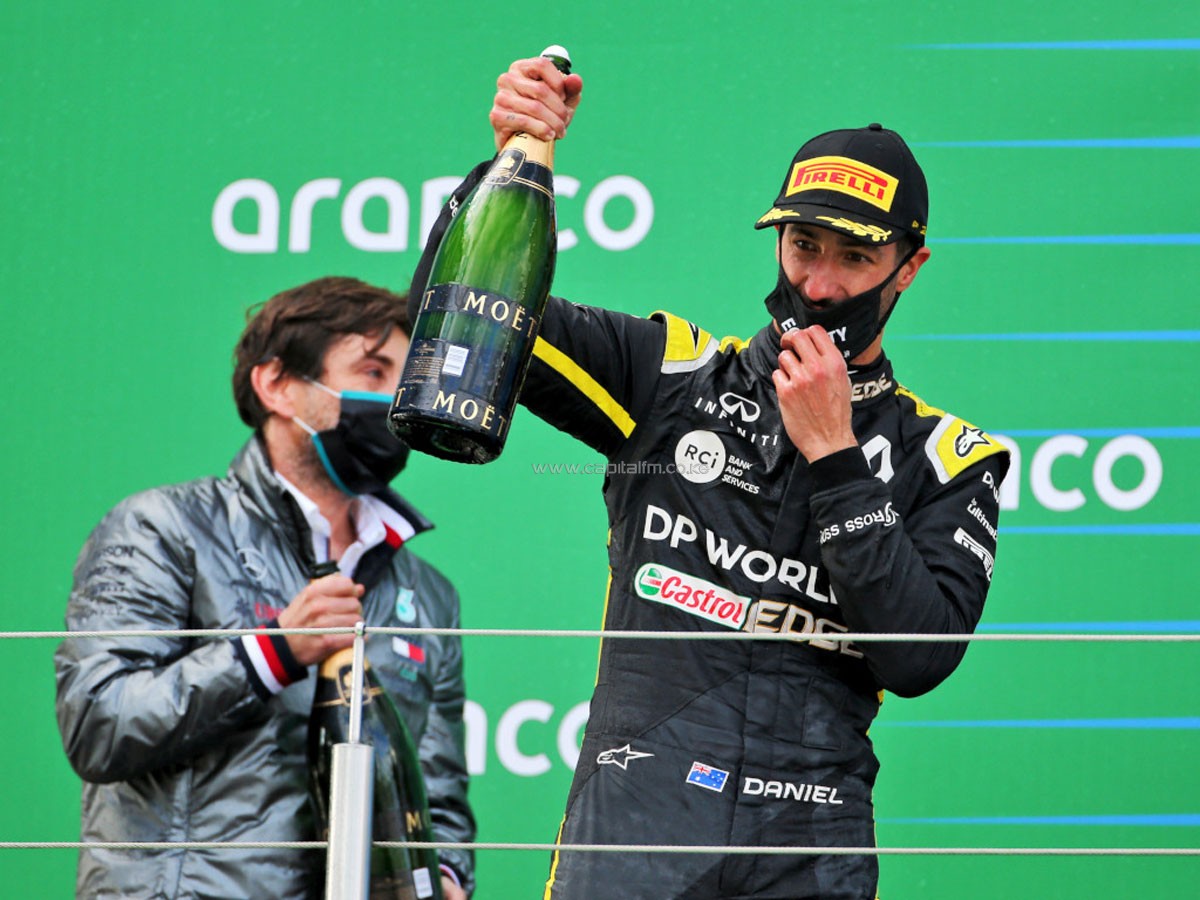 LONDON, United Kingdom, Oct 13 – Daniel Ricciardo will have no regrets over his decision to join McLaren despite a marked improvement from Renault this year, according to Ross Brawn.

Renault is arguably the most improved team from the start of this season to round 11, the Eifel Grand Prix.

The team’s momentum has resulted in a run of five successive top-six results for Ricciardo with the Aussie finally breaking his podium duck at the Nurburgring.

Ricciardo finished P3 to bag Renault’s first podium as a constructor since 2011.

“Ricciardo and Renault deliver the goods,” Brawn wrote in his post-race column.

“I’ve felt for a while, Renault were promising but never delivering consistently but I have to say since we returned to racing in July, they have started to deliver and the team looks like it has a very nice upward trajectory.

“If they keep that up and carry through this competitiveness into the new era in 2022, you can imagine Renault – or Alpine as they will be then – will be back at the front. Fernando is coming, too, which is incredibly exciting.

“Renault have eased themselves above the pack and will soon be setting their sights on the top two.”

As to be expected, Ricciardo’s podium result has raised questions about whether the Aussie is regretting his pre-season decision to swap Renault for McLaren ahead of next year’s championship.

The 33-year-old announced even before the first race of this season that 2020 would be his second and last year with the Enstone team.

“Will Ricciardo be regretting his decision to leave Renault for McLaren?” Brawn continued, “I don’t think he’s that way inclined.

“He left Red Bull and went to Renault, after all. His character is such that he sits down and carefully weighs up his situation and then makes a decision and sticks to it.

“Like all of us, he may have off moments where he has sat and thought about it, but I think he will commit to the new team in a massive way.”

Ricciardo’s podium elevated him to P4 in the standings with 78 points, 10 ahead of fifth-placed Sergio Perez.

Renault remain P5 but have closed the gap to McLaren to just two points.