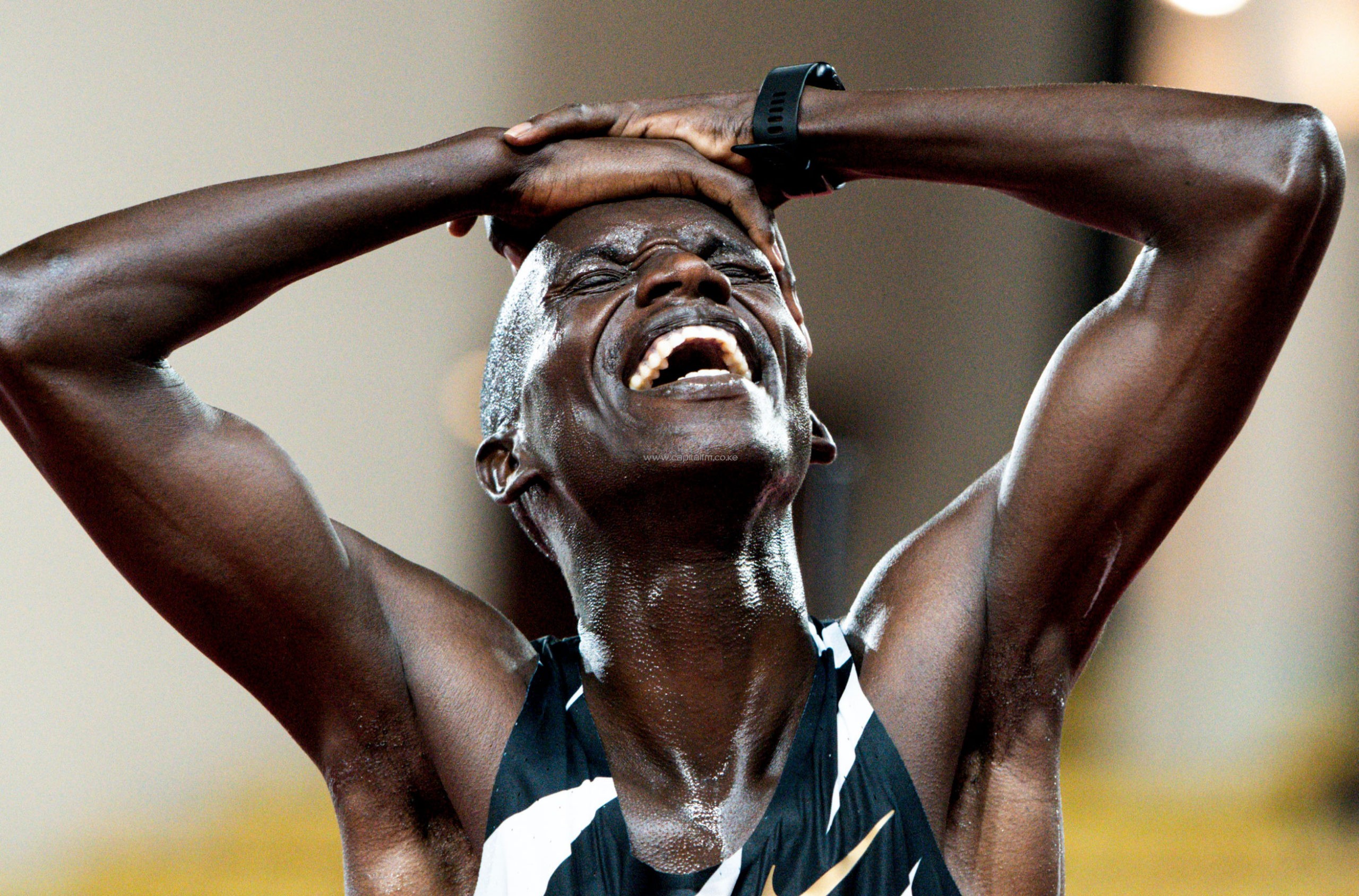 Chepteghei led the race from gun to tape, establishing daylight between him and the chasing pack and keeping to within world record pace throughout the 12-and-a-half lap race.

The Kenyan duo of Nicholas Kimeli and Jacob Krop benefited from the fire pace to finish second and third in impressive timing. Kimeli clocked 12:51.78, a personal best time while Krop stopped his watch at 13:11.32, a season’s best time.

Before the race, Cheptegei who won the world title in Doha last September had promised he would be going for the world record and he delivered on his promise.

He lowered the time of 12:37.35 set by Ethiopian great Kenenisa Bekele in Netherlands in May 2004.

This was Cheptegei’s first race since setting a world 5km record on the roads on 16 February, also in Monaco.

Having left the rest of the field way behind, he maintained his tempo and eked out another 2:30 split for the final kilometre, bringing him to the finish line in 12:35.36.