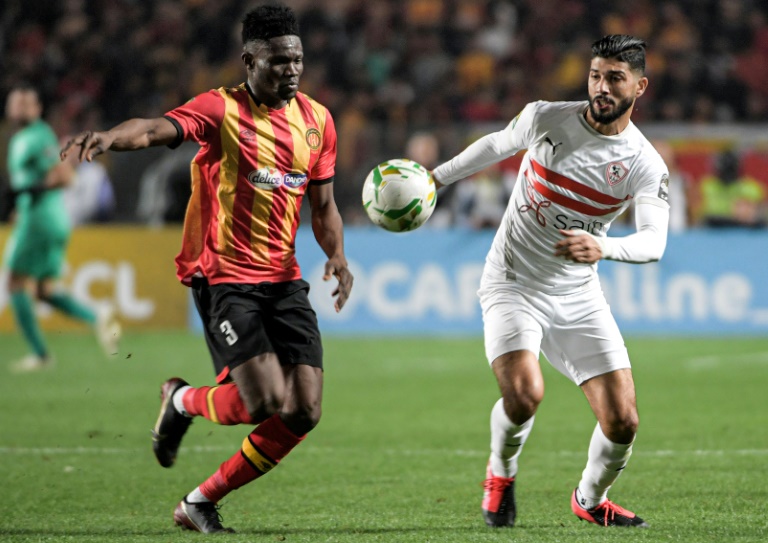 Zamalek of Egypt defeated the 2018 and 2019 trophy-holders 3-2 on aggregate in a quarter-final after losing the second leg 1-0 in Tunis Friday.

Esperance joined Al Ahly of Egypt and TP Mazembe of the Democratic Republic of Congo (twice each) and Enyimba of Nigeria as back-to-back title winners who could not complete a treble.

The Tunisians, who also lost to Zamalek in the one-off CAF Super Cup match last month, were hit by a series of suspensions before the second leg of the Champions League clash.

Coach Moine Chaabani and his deputy, Mejdi Traoui, were banned for four matches and fined for aggressive behaviour, offensive language and threats after a 3-1 first-leg loss in Cairo.

Captain and centre-back Khalil Chemmam received a six-match ban and a $40,000 (35,500 euro) fine for spitting at the Moroccan match officials and using offensive language.

Midfielder Abdelraouf Benguit got a four-match suspension and a $20,000 fine for using offensive language against the referees.

Besides the individual sanctions, Esperance were fined $10,000 because their supporters threw flares at the Cairo International Stadium.

Enyimba (eliminated after finishing third in Group A)

Mazembe (disqualified after round of 32 for fielding ineligible player)