NAIROBI, Kenya, Jan 13 – Bandari FC have named Twahir Muhidin as their caretaker coach, replacing Bernard Mwalala who has been asked ‘to step aside’ owing to the club’s poor run of form in the Kenyan Premier League.

The decision was reached at on Sunday evening after the dockers lost 2-1 to Tusker FC, their third defeat in five games.

“We have not sacked Mwalala as reported in a section of the media because he still has a valid contract with us which we must respect. We just feel that the results have not been very good of late and therefore have to look for a quick fix as we plan the way forward,” Bandari chair Musa Hassan Musa said in a statement.

However, Mwalala feels that being asked to ‘step aside’ is more or less being fired from the job, just a year and a half after he took charge from Nzoia Sugar.

“I have not been called to be told what exactly stepping aside is. I was just given the letter but no one has explained to me anything. For me, if the results are bad, you are fired. I respect their decision as a board and I will do as they say,” Mwalala told Capital Sport.

He added; “I know we have not had good results lately, but we have not performed badly. If you look at all the games we have lost, it is because of very small details but overall the team played really well,” 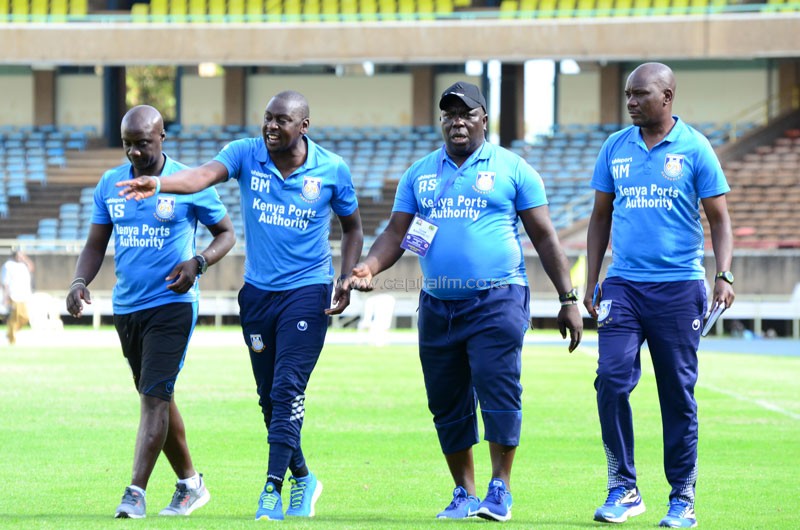 “The reasons for us not getting results is not about me as a coach but very many other reasons that I would not want to talk about. But as the coach, I have to take responsibility. I believe I have done my best for the team and if I leave, I leave with a clean heart,” stated the tactician.

Mwalala has become a victim of his own success after raising the team’s profile since he took over mid 2018. He managed to lead them to their best ever finish in top flight football when they ended the 2018/2019 season at second spot.

They also clinched the Football Kenya Federation Shield title and earned a ticket to the Confederations Cup where they once again outdid themselves by reaching the play-off round. Bandari FC head coach Bernard Mwalala expresses a point on the touchline during the CAF Confederations Cup play-off round tie against Guinea’s Horoya at the Moi Sports Centre Kasarani on November 3, 2019. PHOTO/Timothy Olobulu

But just after their exit in the CAF Confederations Cup, things didn’t work out well for the dockers who are now at 11th spot after 16 matches with a paltry 18 points, 19 off leaders Tusker FC.

“I am very proud of my achievements and even if I am told today that I have been relieved of my duties, I will take it positively. That’s the nature of our job as coaches,” further stated Mwalala, a former Kenyan international.

Muhiddin who was has previously coached the side and was the Technical Director during Mwalala’s tenure will take charge immediately and his next assignment will be against defending champions Gor Mahia.