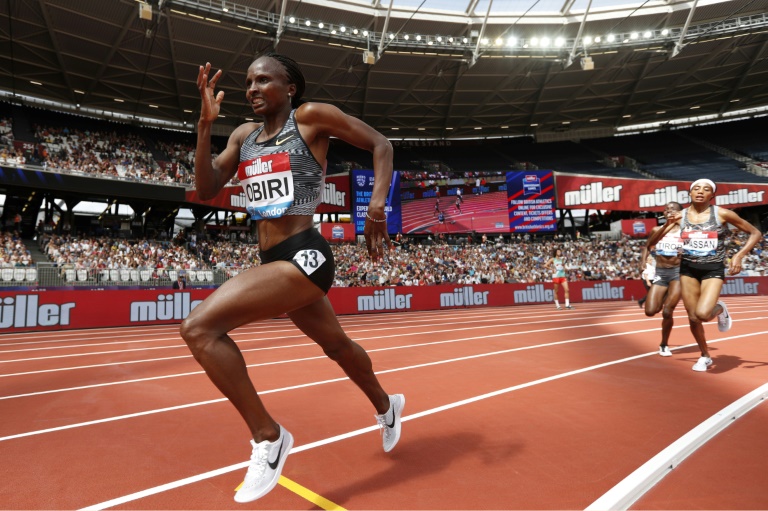 NAIROBI, Kenya, Sep 28 – Kenya wound up the opening day of the IAAF World Championships in Doha with the beautiful national anthem being the first to blow out in the air at the picturesque Corniche as Ruth Chepng’etich strode to victory in the women’s midnight marathon.

Kenya will head into day two with much confidence, with another hope of medals with the women’s 10,000m final lined up.

Here is the Kenyan line up for Saturday evening’s program.

After Eunice Sum progressed to the semi-finals of the women’s 800m on the opening day, the male counterparts will look to follow in the same footsteps when they kick start their competition in the heats.

Kenya will be represented by youngster Ng’eno Kipngetich who stunned all and sundry to win the Kenyan trials in a chaotic finish. The 19-year old is a silver medalist from the World Under-20 Championships in Tampere, Finland, last year.

Emmanuel Korir, touted by many as the next big thing in the two lap race will also throw his hat in as he looks to earn his first major silverware. He will start off his campaign in heat five which guns off at 5:43pm.

The experienced Ferguson Rotich will also be lining up for a chance to earn his first ever medal at the World Championships and he will start his campaign off lane 4.

Having just squeezed into the semi finals on the opening day with her time being one of the best six fourth placed athletes, Eunice Sum will look to recover in the semis and run a more organized race. She is in the third semi-final alongside Jamaica’s Natoya Goule who won her preliminary heat yesterday.

Kenya will be in the second heat of the mixed relays and will be represented by Alphas Kishoiyan, Alex Sampao, Joseph Poghisio, Mary Moraa and Gladys Musyoki.

With Ethiopia’s defending champion Almaz Ayana pulling out of the race in the 11th hour due to injury, Kenya will be presented with an opportunity to add a second gold medal to its haul. Kenya looks to wrestle back the title last won by Vivian Cheruiyot in Beijing 2015.

Kenya’s flag will be flown by London 2017 and Commonwealth Games 2018 5,000m gold medalist Helen Obiri. Despite having a topsy turvy season, Obiri will still be the favorite heading into the race.

She will be joined in the team by London 2017 bronze medalist Agnes Tirop as well as Rosemary Wanjiru.

The biggest threat in this race is Netherlands’ Sifan Hassan who won the Diamond Trophy double in the 1500m and the 5,000m.