Harambee Stars players leave their residence at the FFR ahead of their friendly game against Madagascar. PHOTO/Timothy Olobulu

PARIS, France, Jun 7 – Harambee Stars players have left their base at the French Rugby Federation headquarters in Marcoussis to the Stade Robert Boban which is 15km away from their residential camp ahead of Friday night’s friendly game against Madagascar.

The entire squad of 27 has left for the game including striker Michael Olunga though he is expected to play a minimal role in the tie having trained only once with the rest of the team after arriving on Thursday morning.

Here are some images of the players heading out to the game from the FFR. Band leader: Winger Paul Were with his bluetooth speaker in tow is the director of music at the team. PHOTO/Timothy Olobulu Striker John Avire will be in line for his first senior cap. PHOTO/Timothy Olobulu 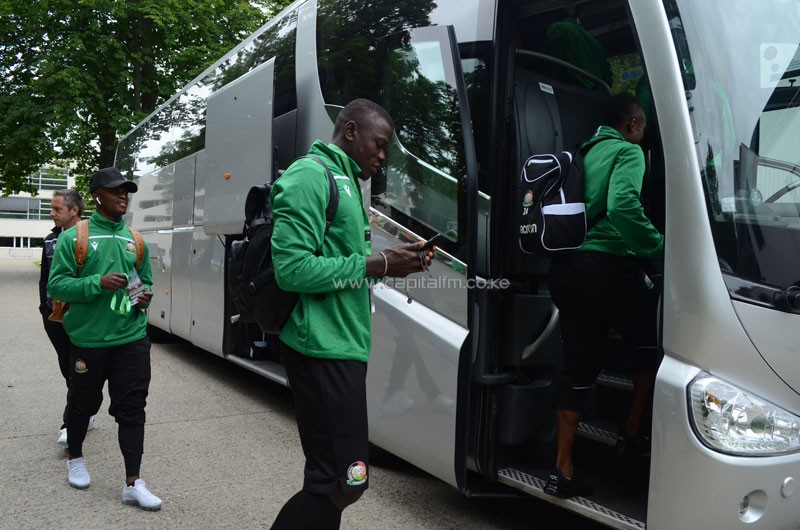