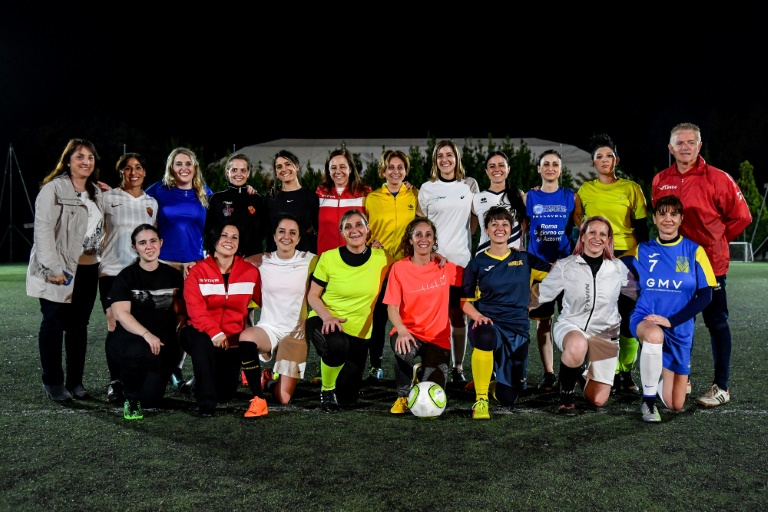 ROME , Italy, Jun 4 – More than three decades after it first put out a men’s team, women are finally strapping on the Vatican’s colours of yellow jersey and socks and white shorts and bearing the keys of St. Peter and papal tiara crest.

For 35 years the world’s smallest state has put out a men’s team that for one match in 2010 was coached by European Cup winner Giovanni Trapattoni, while eight teams have competed in its men’s championship has for nearly half a century, with players coming from the iconic Swiss Guards, Museums and the economic services.

“We thought the time was right to try to organise something, training and matches, also for women,” Danilo Zennaro, a representative of the Vatican sports association, told AFP.

And for a few months now, a group of about 20 women — including Vatican employees, wives and workers from the Bambino Gesu pediatric hospital administered by the Holy See — meet once or twice a week to train on the grounds of the Pius XI sports centre in the shadow of the Dome of St. Peter.

The training kits are mismatched, the level of play variable with a lot of toe-poking going on, but serious effort is being made ahead of a match with Serie A side Roma and then a tournament in Vienna later this month, with the session continuing until late into the night.

“We are a very heterogeneous group, there are young people aged about 25 and 50-year-olds,” said 35-year-old Vatican employee Maura Turoli, who has little footballing experience but now plays as a defender.

“It’s wonderful to be on the pitch and see husbands and children waiting for us and supporting us on the other side of the fence.” Although Pope Francis recently spoke of football as “the most beautiful game”, the three words “football”, “women” and “Vatican” are not necessarily ones people would put together in the same sentence.

However Turoli says that they “will try to disprove this idea and show that we have our place”.

Teammate Floriana Di Iorio, who was already part of the women’s team at the Bambino Gesu hospital, says this team “goes beyond sport” and wants to “spread a message of great openness”.

“The main objective is to convey a message of union, to be consistent, to keep our enthusiasm and perhaps also to be examples in places where the role of woman is still seen as a little marginal.”

A “spirit of union” is also what team coach, Gianfranco Guadagnoli, who works in the Vatican Post Office, wants to achieve.

“We’ve just started this group, the first training session was one of pain, problems … But they are doing better than expected,” said Guadagnoli, who also coaches the men’s team.

“We’ve never played a 11-a-side and on a big pitch, but Roma have come forward and … we will try, even if our means are not those of a Serie A team.

“It does not matter, we go with our qualities and whatever happens happens, without problems or dramas.”

The match proceeded as expected, with a game understandably reduced to two 20 minute halves ending in a double-figures defeat and a baptism of fire for a trailblazing team.