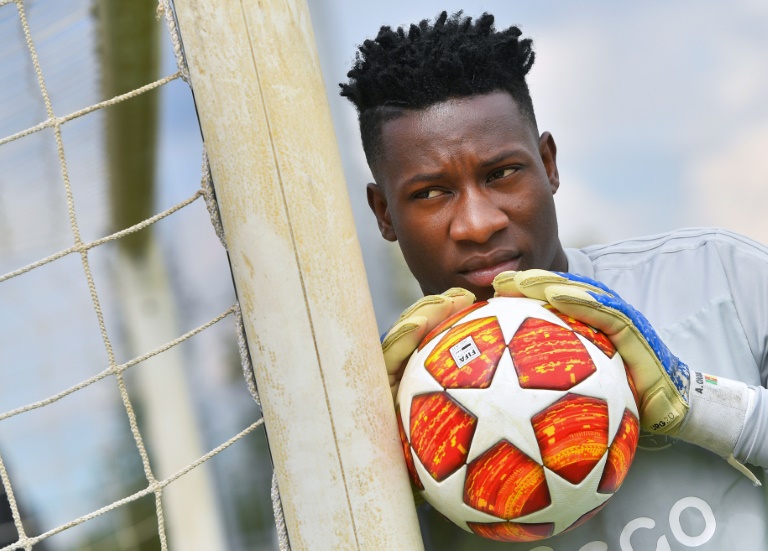 AMSTERDAM, Netherlands, Apr 29 – Ajax goalkeeper Andre Onana says that the flamboyant European dreamers aren’t afraid of anyone as they prepare to continue their wild ride in the Champions League with the first leg of their semi-final at Tottenham Hotspur on Tuesday.

Four times European champions Ajax are hunting their first major continental triumph since Patrick Kluivert downed AC Milan in the 1995 final and have warmed hearts with a thrilling run to the last four that has recalled the glory days of Johan Cruyff and Total Football.

Next up are Spurs, who Ajax meet after dispatching reigning European champions Real Madrid and Juventus — tipped by many to win the whole thing after signing Cristiano Ronaldo — with thrilling displays that enchanted football fans across the continent.

“After beating Juventus and Real Madrid you’re not afraid of anyone,” Onana said in an interview with AFP.

“They (Spurs) are a very good team. They have very good players, especially on the counter where they can create problems for us. But it’s up to us to handle these situations.”

Cameroon international Onana has been a fixture between the sticks as the Dutch giants hunt a historic treble that Ajax have not completed since Cruyff’s 1972 heyday, when they won the second of three consecutive European Cups and combined that with the Dutch Cup and league title.

They are also top of the Eredivisie, although level on points with PSV Eindhoven, and take on Willem II in next month’s domestic cup final.

Asked by AFP if he expected Ajax to go so far in Europe, Onana said: “To be honest no! It’s my first season in the Champions League, and when we qualified for the group stage it was already like ‘wow’.”

Ajax’s continental campaign kicked off against Austrians Sturm Graz way back in July, the first of three qualifying rounds they had to negotiate before making the groups.

“We said to ourselves, there are six matches, let’s see if we can hang on to the Europa League!”

Instead Ajax finished comfortably second in Group E, unbeaten and only two points behind eventual group winner Bayern Munich, and now have a realistic chance of joining the Bavarians on five European Cups after turning on the style in the knockout rounds.

“It’s the philosophy of the club and it’s important for us to stay true to it: control the game, keep possession… it’s clear that fans have been enjoying watching it, and we have fun playing it,” says Onana.

Ajax have extra motivation going into their clash at the new Tottenham Hotspur Stadium, as they know that this is the last chance for this group of players to shock everyone and snatch the biggest prize in football.

Star midfielder Frenkie De Jong will leave for Barcelona in the summer for an initial 75 million euros ($89 million), while centre-back Matthijs de Ligt, who sent Juventus packing with a bullet header in the quarter finals, could follow his teammate to Catalonia.

After knocking out Real, coach Franck De Boer admitted that forwards Hakim Ziyech and David Neres and Onana would also all be targeted by Europe’s biggest clubs come the end of the season, and the stopper wants to sign off this era with the perfect parting gift after missing out on the Europa League to Manchester United in 2017.

“It’s clear that this is our objective. Not just for the goal in and of itself, but for us, because after this season, there will be a lot of players who will leave,” says Onana.

“It is important for us to do something big. If that means winning the treble, well that will be simply beautiful.”