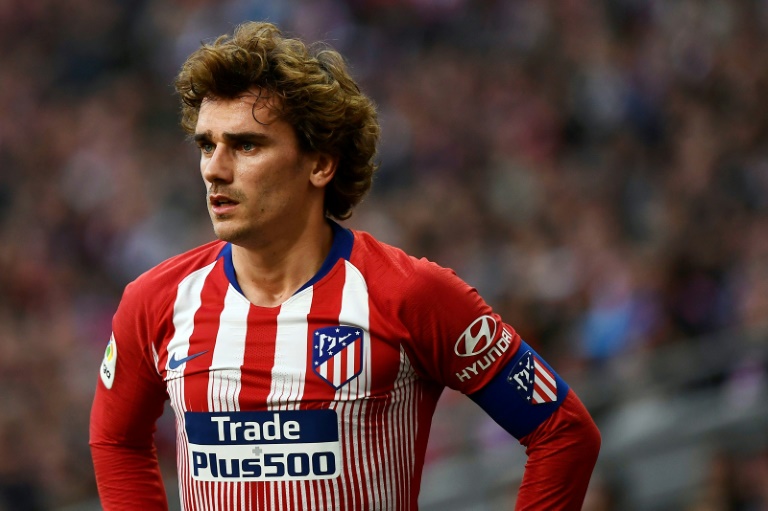 Antoine Griezmann came off at half-time as Atletico Madrid edged past Leganes.

MADRID, Spain, Apr 5 – Antoine Griezmann was convinced Atletico Madrid were making progress but, 10 months on, he may wonder if he was right to stay after all.

Atletico play Barcelona on Saturday at the Camp Nou, where Griezmann could have been walking out behind Lionel Messi, a few weeks from almost certainly winning a La Liga title, perhaps a domestic double, and possibly the Champions League too.

Instead, he remained, his choice to reject Barca revealed in a television documentary in June.

“Atletico are doing everything possible to make sure the team keeps growing, it’s incredible,” he said. “I can’t take it anymore, I need to tell the people I want to stay.”

‘The Decision’, also the programme’s title, took several months to materialise as a very public and protracted tug-of-war between Atletico and Barcelona left both clubs feeling aggrieved.

Griezmann might even have gone a year earlier, in the summer of 2017, when Manchester United thought he was theirs until the Frenchman opted to sign a new contract, persuaded that Atletico’s transfer ban would prevent them from buying a replacement. Antoine Griezmann reacts in a past match

But his new deal was not definitive, with a release clause included that would drop to 100 million euros 12 months later.

“Of course he can leave at some point,” said coach Diego Simeone shortly afterwards.

“I love watching my players grow, and if one of them tells me they have the unique opportunity of playing for a certain team, after they did everything they could for me, like Griezmann has done, I’ll say it’s not a problem.”

But Barcelona were too eager and Atletico reported them to FIFA for an illegal approach. Griezmann declared he would decide before the World Cup while Luis Suarez spoke about the deal as if it was already done.

Many were surprised when the answer to Barca came back a no.

The world’s star players rarely turn down its most glamourous clubs and after four years at Atletico, Griezmann could have been forgiven for feeling his time had come.

Perhaps it had. Atletico trail their opponents this weekend by eight points in the league and their hopes of playing in the Champions League final at their own Wanda Metropolitano were dashed last month, after a last-16 defeat to Juventus.

The expectation is that a disappointing season will be followed by a string of departures.

Bayern Munich have already announced the signing of Lucas Hernandez while Diego Godin, Filipe Luis, Jan Oblak, Jose Gimenez, Thomas Partey and Saul Niguez have all been linked with exits.

But, along with Oblak, currently perhaps the world’s finest goalkeeper, Griezmann would be the hardest to absorb.

“I cannot imagine the next season without him because he has a contract with the club,” Simeone said last week.

“Antoine will remain with Atleti, for sure,” said the club’s president Enrique Cerezo. Barcelona’s interest appears to have cooled, perhaps given the improved performances from Ousmane Dembele or perhaps because their pride simply prevents them from going back again.

But for Griezmann, who turned 27 last month, another year like this is surely out of the question.

Most would consider him behind only Messi and Cristiano Ronaldo in terms of talent, and even if Barca have moved on, other elite clubs would surely be keen.

It means Griezmann is likely to have a spring in his step on Saturday, when Atletico will hope to reduce the gap on Barca to five points with seven games left to play.

At least one will falter, giving Real Madrid a chance to move closer if they can beat Eibar and bounce back from a 2-1 defeat to Valencia on Wednesday, their first since Zinedine Zidane’s reappointment.

Madrid sit 13 points behind Barcelona, the same number they trailed the Catalans by at this exact stage last season.