Kenyan Pros who have qualified for this year’s Magical Kenya Open pose for a photo at the end of the Windsor leg of the Safari Tour Golf Series.

NAIROBI, Kenya, Feb 20 – Nine Kenyan players, who have qualified to play at this year’s Magical Kenya Open Golf Championship, have been named following the conclusion of the 2018/2019 Safari Tour Golf series today at the Windsor Golf Hotel and Country Club.

Greg has been dominant, taking maximum points in four of the six Safari Tour events, to take top spot on the Road to Kneya Open ranking. He has featured at the Kenya Open 11 times with his best finish coming in 2014 when he finished 10th.

He is joined by Mumias Golf Club’s Dismas Indiza who amassed 111 points after a consistent performance across the Safari Tour to finish second.  Indiza has featured at the Kenya Open 19 times; with his best finish being tenth in the 2008 edition. 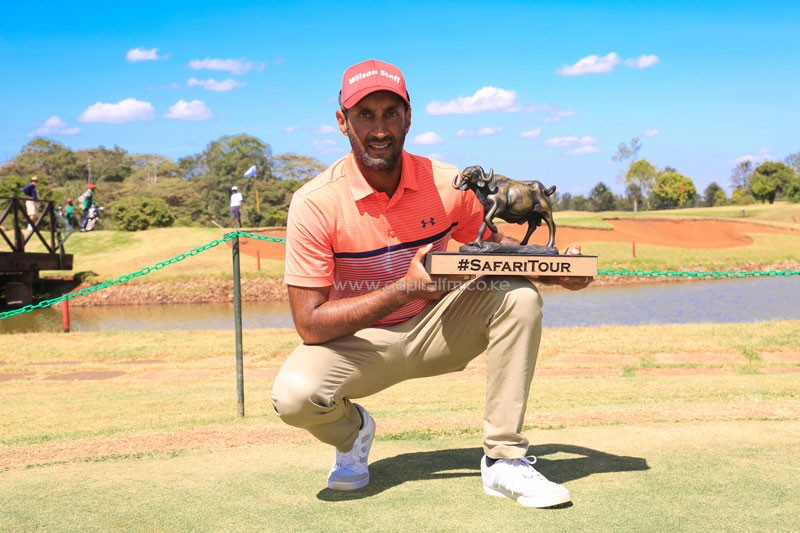 Windsor’s Rizwan Charania booked third spot on the Road to Kenya Open ranking having amassed a total of 79 points; with his win of the Windsor leg of the tour cementing third spot. He has played at the Kenya Open 14 times; his best finish coming in 2017.

David Wakhu, who won the Nyali Golf and Country Club leg of the Sadfari Tour Golf Series, finished fourth on the Road to the Kenya Open ranking, with a total of 72 points; while the Professional Golfers of Kenya Captain, John Wangai, finished fifth with 68.5 points. He has featured at the Kenya Open on six occasions.

Thika Golf Club’s, Simon Ngige, finished sixth with 66.5 points and shall now take part at his 13th Kenya Open tournament; while Golf Park’s Tony Omuli will be taking part at his seventh Kenya Open event having finished in seventh place on the Road to Kenya Open ranking with 53.5 points.