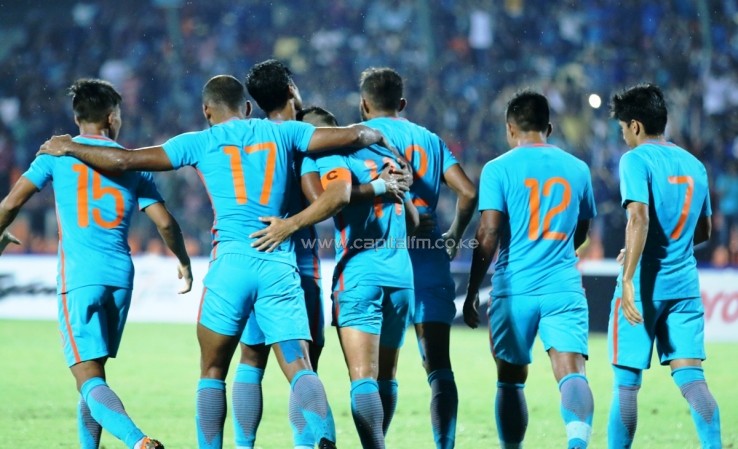 The skipper who also notched a brace when the Indians beat Kenya 3-0 in the round robin matches was once again on form on his 102nd cap, hitting goals in the eighth and 29th minutes.

Stars leave the tournament with a run of two wins and two losses, both of which came against the hosts while the wins were against New Zealand and Chinese Taipei.

The captain opened the scoring with a neat finish inside the box after eight minutes to give the side which was backed by a full stadium a deserved lead.

He doubled the side’s advantage after 29 minutes maximizing on a lapse in defense to take the hosts sailing. Three minutes to the break, the skipper had another chance with a freekick from the edge of the box but it flew over the bar.

Despite increased pressure from Kenya in the second half, they could not master a goal that would otherwise change the face of the game.