NAKURU, Kenya, Jun 7- Head coach Dylan Kerr got the final he had been craving for as SportPesa Super Cup defending champions Gor Mahia booked a date with his former club Simba SC in Sunday’s finale after beating Singida United 2-0 in the semis on Thursday at Nakuru’s Afraha Stadium.

Kerr, who coached Simba for one season before leaving, had joked on Sunday that he would have wished to play his former employers in the final and Meddie Kagere’s goals in either half handed him exactly what he had wished for.

Simba had earlier on booked a slot in the final after beating Kenya’s Kakamega Homeboyz 5-4 on post match penalties.

Gor had a good start to the match with head coach Dylan Kerr having reverted to his strongest line up, making changes from the squad that won 3-0 against Jeshi La Kujenga Uchumu (JKU) in their quarter final match on Sunday.

Philemon Otieno reverted to right-back with Humphrey Mieno and Ernest Wendo who sat out of the tie making a start in midfield.

Kagere and Jacques Tuyisenge spearheaded the attack, Kerr making his intent known that he was not taking the Tanzanian domestic cup finalists for granted.

The home side had two chances within the opening minutes, both going begging. First, George ‘Blackberry’ Odhiambo on his marauding runs on the right found a loose ball and his attempt at volleying it on target was inches close.

In the ninth minute, Kagere was picked out by a well weighted pass by Francis Kahata unmarked on the right, but his shot after setting himself up on the first touch went wide when he should have at least had an effort on target. 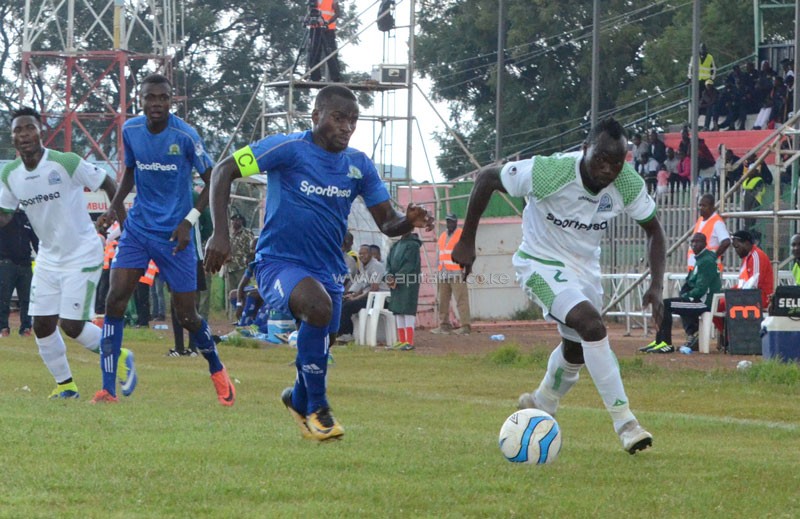 The tempo of the game which had built up much to the ecstasy of the full to capacity Afraha Stadium was hugely punctured when the heavens opened up to torrential rain.

Amid the downpour, Singida almost broke the deadlock in the 25th minute when Danny Lyanga attempted his luck from distance but keeper Shabaan Odhoji made a brilliant save to keep away the effort.

Two minutes later though, Gor were wheeling away in celebration when Kagere atoned for his earlier miss, racing into the near post to flick home a corner from Kahata.

In the second half, the visitors were more adventurous upfront and had two close chances to draw back level. In the 58th minute, Ally Kenny’s header unmarked at the back post off a Lubinda Mundia cross from the left went straight to Odhoji.

Three minutes later, Mundia had an effort at goal from the edge of the six yard box when he towered over Shakava and Joash Onyango to head a cross from Shafik Batambuze but it went inches over the bar. Under the difficult playing conditions, both teams resorted to punting balls upfield for a more direct way of attacking.

Gor, who had been pressed into their own half had a chance after 70 minutes when Kahata’s deep cross from the right found Odhiambo at the backpost but his shot was beautifully saved by Peter Manyika in the Singida goal.

Gor had penalty appeals downed three minutes later when Tuyisenge controlled the ball beautifully inside the box but his attempt at creating shooting space was brought to a halt by combined tackles from Batambuze and Kennedy Juma.