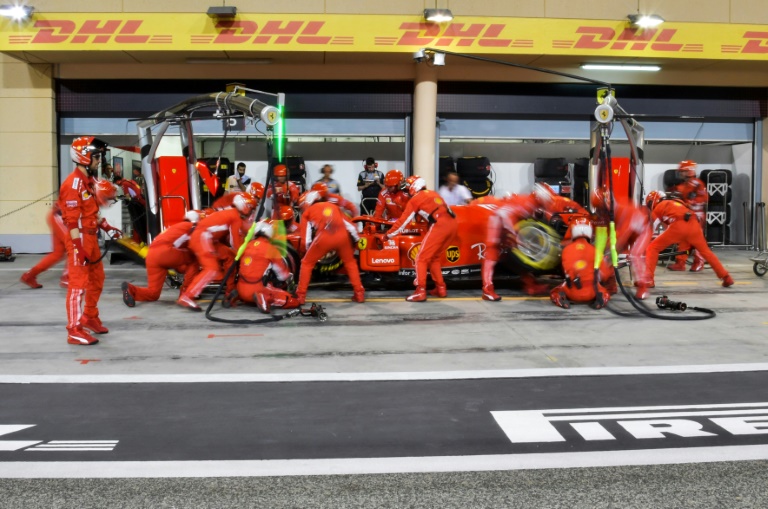 The Italian team confirmed that the experienced Cigarini had broken his tibia and fibula in the accident when Raikkonen was pulling away after his second pit stop.

In a brief statement on Twitter, the team said: “Apparently a shinbone and fibula fracture, our thoughts are with Francesco, stay strong.”

Raikkonen was criticised by fans on social media for a lack of emotional reaction to the accident caused by problems with his left-rear wheel.

“I don’t know what shape he is in,” Raikkonen, dubbed the ‘Ice Man’ for his taciturn nature, told reporters immediately afterwards.

“It’s not great for him. I go when the light is green… Not much to say.

“We did not finish the race so it is not great, but this is what happens sometimes.”

A green light in the Ferrari pits had indicated to Raikkonen that he should drive away even though the left rear wheel had not been changed.

The mechanic working on that wheel was knocked down and run over.

One fan on Twitter said that the driver had to be “one of the most emotionless men in the world”.

Cigarini was taken to the circuit medical centre on a stretcher after the incident.