On that occasion, on 22 October last year, the Kenyan runner improved her own world record set in Prague back in April by one second when she crossed the line at the 2017 Medio Maraton Valencia Trinidad Alfonso EDP, an IAAF Gold Label road race, in 1:04:51.

If Jepkosgei was to go into new territory over the distance at the IAAF/Trinidad Alfonso World Half Marathon Championships Valencia 2018, for the third time in less than 12 months, it would not be the first time a world record has been set at these championships.

The Netherlands’ Lornah Kiplagat won the 2007 title in 1:06:25, still the world record for a women-only race.

Kiplagat had also won the previous year when the event was contested for the only time over 20km in a world record for that distance of 1:03:21. 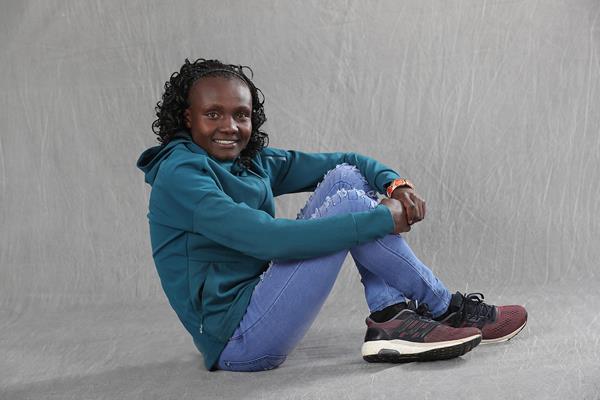 However, it is a mark of how much the event has evolved in the past decade that Saturday’s winner – whether it is Jepkosgei or anyone else – is expected to run something in the region of a minute faster than Kiplagat did in 2007 on the super-fast course close to the Mediterranean.

Despite her credentials and such a magnificent 2017, which also included a 10km world record, it is not a foregone conclusion that Jepkosgei will take her first world title.

She showed she was far from invincible when she could only finish fifth at the RAK Half Marathon last month.

With the late-hour withdrawals of Fancy Chemutai and Mary Wacera, the Kenyan team is completed by 2017 Istanbul Half Marathon winner Ruth Chepngetich and Pauline Kamulu.

After Kenya achieved a sweep of the individual women’s medals in 2014 and 2016, it’s not beyond comprehension that they might take the top three places again, but Bahrain’s Eunice Chumba could possibly dent those hopes.

Chumba set an Asian record of 1:06:11 when winning in Copenhagen last September and will be bidding to become her country’s first ever medallist at the championships.

Her form since the start of the year, though, has been a little bit less formidable and she managed only sixth in Houston and then a relatively modest 11th at the RAK Half Marathon. 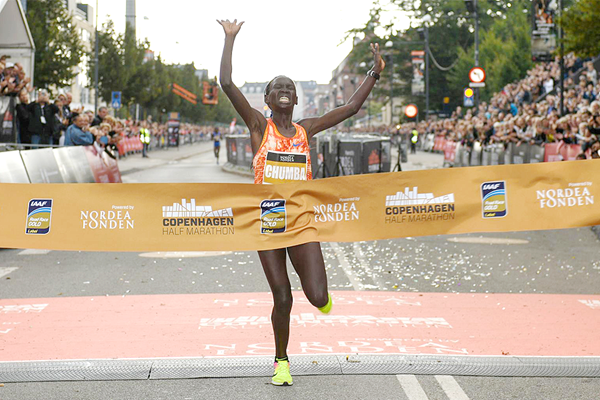 Nevertheless, even if Chumba misses out on the individual medals, Bahrain has sent a squad with four women having run faster than 1:09:00 which suggests that they might take their first medals ever in the team competition.

Netsanet Gudeta was Ethiopia’s leading finisher in 2014 and 2016, finishing sixth and fourth respectively, and on both occasions led her country to team silver medals.

She cannot be discounted from medal consideration, especially after her most recent half marathon outing, in Delhi last November, resulted in a personal best of 1:07:26.