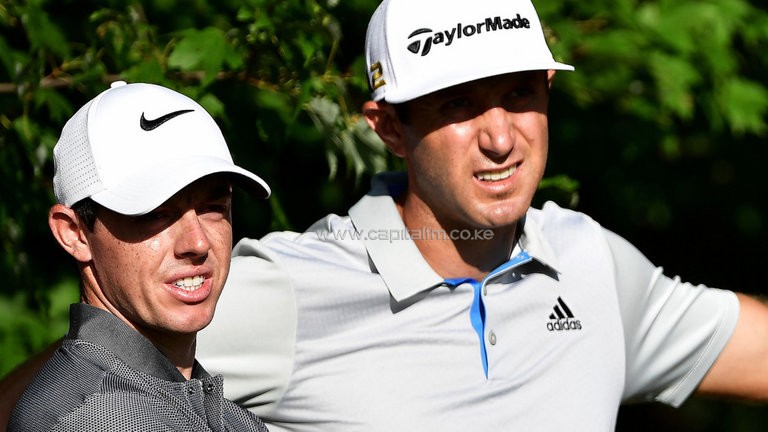 Rory McIlroy has been grouped with Dustin Johnson for the opening two rounds of The Players Championship at the new-look TPC Sawgrass. PHOTO/SKY.

FLORIDA, United States, May 9 –  McIlroy has been grouped with Dustin Johnson for the opening two rounds of The Players Championship at the new-look TPC Sawgrass.

McIlroy is returning to action for the first time since the Masters last month, and it is also his first appearance as a married man after he wed long-time girlfriend Erica Stoll in Ireland a fortnight ago.

Johnson finished a shot behind champion Brian Harman at the Wells Fargo Championship at the weekend in his first outing since a freak back injury forced him to pull out of the Masters just moments before he was due to tee off at Augusta National.

Day remains without a victory since coasting to a four-shot win in golf’s unofficial “fifth major” at the Stadium Course last season, when he led from start to finish after opening with a course-record 63.

The Australian goes out with Fowler and reigning Open champion Stenson from the 10th tee at 1:16pm, and they will be followed 11 minutes later by another heavyweight group featuring Phil Mickelson, Jordan Spieth and world No 4 Hideki Matsuyama.

Sergio Garcia also returns to competition this week for the first time since clinching his maiden major title after a memorable final-round duel with Justin Rose at Augusta, and the Spaniard partners 2012 champion Matt Kuchar and 2004 winner Adam Scott in the group ahead of McIlroy, Johnson and Thomas.

Rose will look to build on his excellent Masters performance as he plays alongside Ryder Cup team-mate Martin Kaymer, who recorded a dramatic victory in fading.