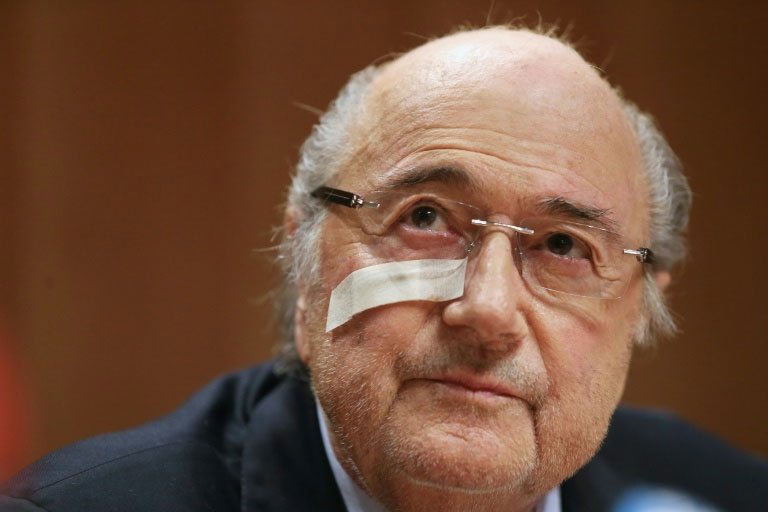 Blatter’s spokesman on Thursday confirmed to AFP a report in the Frankfurter Allgemeine Zeitung (FAZ) that the Swiss this week wrote to accept Putin’s offer to be his guest of honour for the 2018 finals.

“If I am invited, I take care to accept invitations,” Blatter told the German daily.

The 80-year-old is serving a six-year ban for a suspect $2 million dollar payment to UEFA boss Michel Platini which means he can only attend football matches as a paying member of the public.

Both Blatter and Platini were hit with eight-year bans by a FIFA ethics court in December, which were then reduced to six years by the appeals panel.

But Blatter hopes to have his ban from all football activities overturned by the Court of Arbitration for Sport (CAS) when his appeal is heard in the coming months.

So until he hears otherwise, Blatter assumes he will be in Russia when the next World Cup starts on June 14, 2018.

Since he was first provisionally suspended in October last year, Blatter has not entered a football stadium.

He has not even been allowed to enter his office at FIFA’s headquarters in Zurich and his personal effects were sent to him in crates.