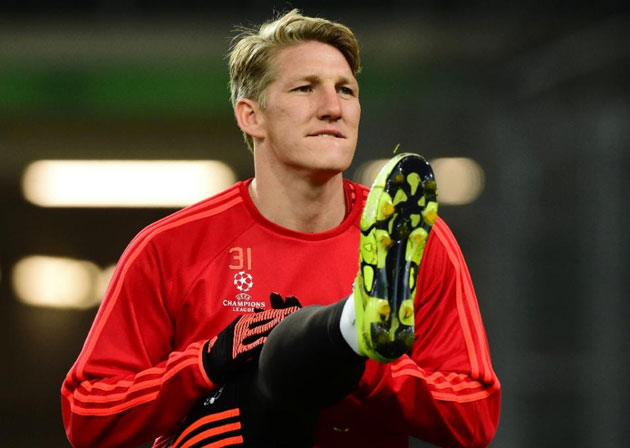 BERLIN, March 23 – Manchester United’s Bastian Schweinsteiger has suffered a fresh knee injury while on duty with Germany and will miss their forthcoming friendlies against England and Italy, the German FA confirmed Wednesday.

The 31-year-old midfielder picked up the injury training in Berlin on Tuesday and will undergo an MRI scan in Munich with the German team doctor Hans-Wilhelm Mueller-Wohlfahrt.

Germany’s captain had been working his way back to fitness after suffering a tear in the same knee in United’s FA Cup third-round win over Sheffield Wednesday at the start of the year.

He had made four second-half appearances off the bench in United’s last four games.

Schweinsteiger is out of Germany’s home friendly against England at Berlin’s Olympic Stadium on Saturday, then against Italy four days later at Munich’s Allianz Arena.

It is not known how many United games he will now miss or whether Schweinsteiger will be fit for June’s European championships.

“It happened at the end of the training session and he’s currently in Munich being examined.

“I am not able to give an exact time scale as to how long he will be out, but it doesn’t look very positive and it could be that there is a tear in the ligament.”

Schweinsteiger joins Arsenal’s Mesut Ozil, who has injured his left ankle, and Bayer Leverkusen’s Karim Bellarabi, who has a bruised foot, on the walking wounded list for Germany.

The pair are both being treated at the team hotel in Berlin.