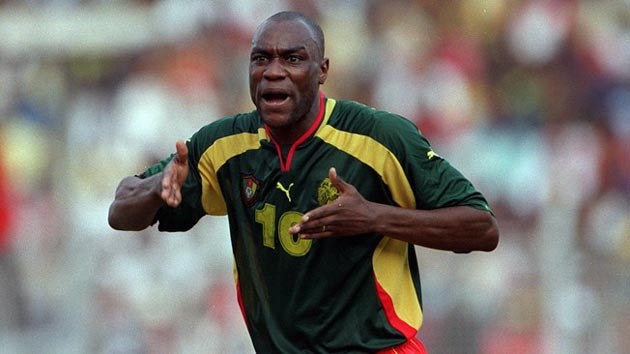 NAIROBI, January 13 – Former Cameroon striker Patrick M’Boma will grace the 12th Sports Personality of the Year Awards (SOYA) where outstanding top athletes will be feted in the black tie gala night event on Friday at the Kenyatta International Convention Centre.

M’Boma, the 2000 African Player of the Year is expected to arrive on Thursday evening from Paris, France courtesy of national career, Kenya Airways who will cater for his flight return ticket as part of their sponsorship for the Awards.

SOYA founder and International Olympics Committee member, Paul Tergat said the decision to bring M’Boma as the guest of honour was arrived at by the panel of judges who hope the two-time African Cup of Nations winner will inspire Kenyan sportsmen.

“M’Boma is a good friend of mine and one of the biggest footballers in our continent. We trust that his presence here will be a motivation to other sportsmen to work hard and achieve what he has achieved.

“It has been our tradition every year to bring one of the finest sportsmen in the continent to have a taste of the talent we have in Kenya,” Tergat, the former world marathon record holder, announced.

The Indomitable Lions legend led Cameroon to the summer Olympics gold medal in 2000 in Sydney Australia as well as Cup of Nations victory in 2000 and 2002.

The public voting closed on Tuesday night and the judges have a completed list of winners in all 20 categories.

Former KCB forward Paul Mungai Kiongera has been nominated for the comeback of the year award alongside rugby player Lawrence Buyachi from Nakuru RFC.

The awards received another shot in the arm with the Communications Authority of Kenya handing in a Sh1m sponsorship boost.