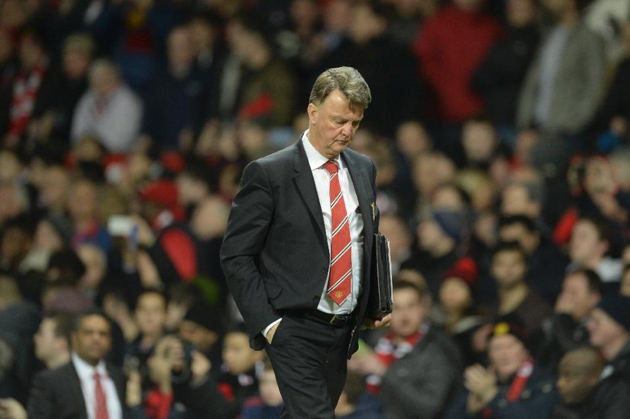 UNITED KINGDOM, January 1 – Manchester United manager Louis van Gaal remains in office after the most testing fortnight of his 18-month tenure, but he is not secure in his job just yet.

Van Gaal appeared to be in serious danger of being sacked following a run of four successive defeats, culminating in a feeble performance as his team were beaten 2-0 at Stoke City on Boxing Day.

However, there was greater encouragement two days later, even though a 0-0 draw at home to Chelsea extended United’s run without a victory to eight matches in all competitions ahead of Saturday’s visit of Swansea City.

Van Gaal’s side produced a much livelier attacking display against Chelsea than has been the norm this season, creating several chances and seeing both Juan Mata and Anthony Martial strike the frame of the goal.

Van Gaal has acknowledged during his team’s poor recent run that his position has been under threat, but he says that pressure is simply part of the job for manager and players alike.

“You have to show it for 90 minutes against the resistance of the opponent and also under the pressure of the environment and the pressure you put yourself under,” said Van Gaal, who has lost all three of his previous games against Swansea by the same 2-1 scoreline.

“And you have to cope with that.”

Van Gaal has rediscovered some of his famous bullishness, but United need to start finding victories quickly, having slipped nine points behind Premier League leaders Arsenal with half of the season played.

Against Chelsea, United survived a couple of scares to regain the defensive solidity that has served them so well at Old Trafford this season.

Van Gaal’s side have conceded only three league goals at home so far and no other team in the division can boast a better record than that.

The Dutchman has been helped in that respect by the fact that he is once again able to field a reasonably strong defence following a raft of injury problems, with full-back Matteo Darmian returning to the team against Chelsea on Monday after almost three weeks out with a hamstring injury.

Luke Shaw remains a long-term absentee with a broken leg, though, and fellow full-back Antonio Valencia is still recovering from an ankle injury, although there are hopes that Marcos Rojo’s dislocated shoulder will not keep him out for too much longer.

In attack, Martial remains United’s likeliest source of a goal, with captain Wayne Rooney having failed to score in the league since October 17.

Finding a goal may not be straightforward against a Swansea side who have kept clean sheets in each of their last three matches.

Caretaker manager Alan Curtis has steadied a side who were plummeting into relegation trouble before Garry Monk was sacked earlier this month.

Curtis led Swansea to a first victory in eight games as they defeated West Bromwich Albion 1-0 on Boxing Day, following that up with a hard-earned goalless draw at Crystal Palace two days later.

Curtis gambled somewhat by making eight changes for the trip to Selhurst Park in order to keep his squad fresh, including three men –- defender Jordi Amat, midfielder Matt Grimes and forward Marvin Emnes –- who had not previously played a single minute of league football all season.

Curtis is likely to bring back most of those who were rested on Monday, which would mean recalls for Ki Sung-Yueng in midfield and playmaker Gylfi Sigurdsson, among others.

Swansea’s aim is to marry their defensive meanness to a more prolific attack, as their total of 16 goals from 19 games this season is the second-lowest in the Premier League.

“When you look at our ‘goals for’ column, it is a problem. We need to score more,” Curtis said.

“It’s not necessarily the strikers to blame for that as we need to produce better quality service into the frontmen.”