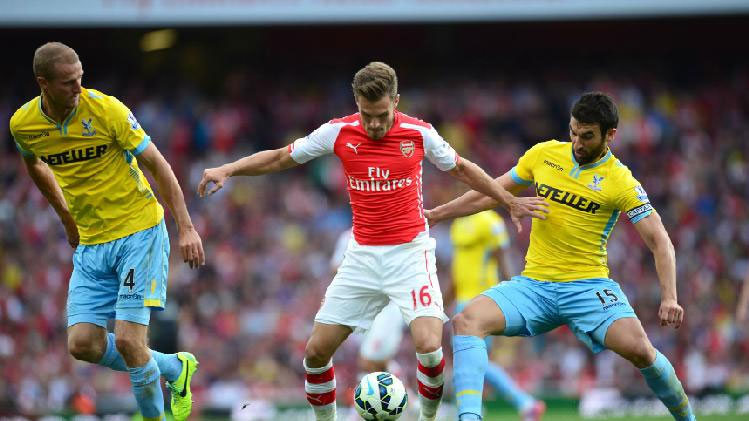 LONDON, October 22- Arsenal boss Arsene Wenger has revealed that Aaron Ramsey will miss around a month with a hamstring injury.

The midfielder was forced off in the 57th minute of the Gunners’ 2-0 win over Bayern Munich in the Champions League on Tuesday.

A scan on Thursday revealed Ramsey would be sidelined for around four weeks and the Wales international will miss the clash against Everton on Saturday.

In his pre-match press conference, Wenger said: “[Ramsey] had a scan today but he’s out. I believe he will be out until after the next international break.”

Along with the Everton game, Ramsey is set to miss Premier League fixtures against Swansea on October 31 and Tottenham on November 8.

He will also be unavailable for the crucial Champions League clash against Bayern and a Capital One Cup tie with Sheffield Wednesday.