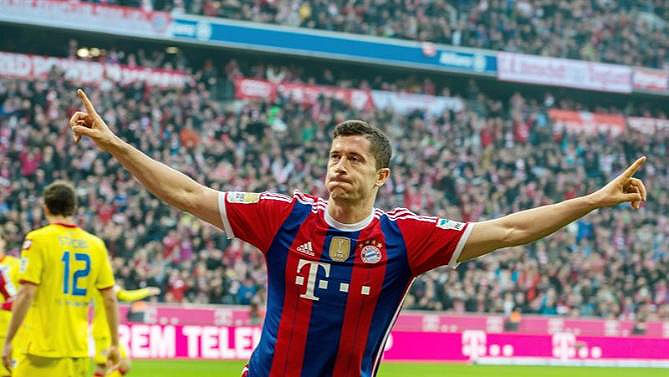 A long-time target for United, Lewandowski enjoyed another successful campaign in Germany last season and has been linked with a move to Old Trafford following Robin Van Persie’s switch to Turkish giants Fenerbache earlier this week.

But the player’s agent, Cezary Kucharski, insists the 26-year-old is not looking for a move away from the Allianz Arena and says only a massive bid could persuade a deal.

“I think it would have to be a very high offer, definitely higher than £50 million,” Kucharski said.

“Robert is one of the most valued strikers on the market who guarantees goals, guarantees assists, excitement. He has shown that over many years during his career.

“Every year he is an even better player and plays at a higher level and that is very important for other clubs because he has credibility and guarantees at least 30 goals a season.”