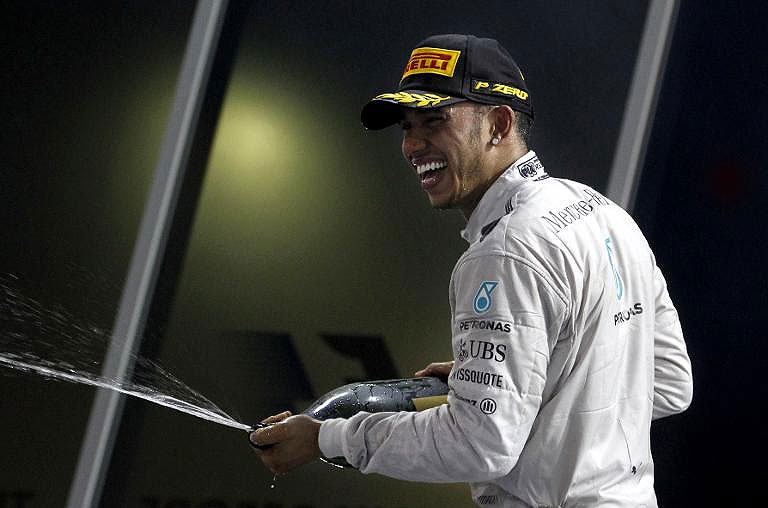 MILAN, March 5- Mercedes pair Lewis Hamilton and Nico Rosberg are joint favourites for the Formula One world title as well as the season-opening Grand Prix in Melbourne, according to Ferrari star Sebastian Vettel.

And the 27-year-old German — who admitted he began talking with Ferrari as early as 2008 about a future move to the Italian super team — said fans may have to wait until 2016 before ending Ferrari’s eight-year wait for the world driver’s title.

Ferrari are hoping to end years of mediocrity with Vettel and Finnish 2007 world champion Kimi Raikkonen, but the German believes Mercedes aces Hamilton and Rosberg are “the ones to beat”.

“It’s 50-50 between them,” Vettel told La Gazzetta dello Sport Thursday when asked who would be crowned world champion in 2015.

“Last year I didn’t expect Rosberg to be so strong, especially in qualifying. Then in the races he was always really close to Hamilton. For me they will be the ones to beat.”

Asked who would win in Melbourne on March 15, Vettel added: “There are two favourites, the Mercedes drivers Hamilton and Rosberg.”

But the German admitted that just after signing for the Austrian outfit in 2008, he was already pondering his future “dream” move to Ferrari.

Vettel said he began talking with former Ferrari team principal Stefano Domenicali in 2008 and after another informal “approach” from the team in 2010, he held secret talks with Ferrari at their Maranello headquarters at the end of 2012 where he met company president Luca di Montezemolo.

“From 2008 when I was with Red Bull I talked with Domenicali from time to time about what my future could be like with Ferrari,” added Vettel.

“Then in 2010 there was another approach, although nothing in black and white. In the winter of 2012-2013 I even travelled in secret to Maranello to meet Montezemolo.”

Negotiations between Ferrari and Vettel did not become formal until 2014 when the German’s five-year spell with Red Bull was capped by a season in which he became the first reigning champion not to win a race in the following season since Jacques Villeneuve in 1998.

Reliability problems with the Red Bull car forced Vettel to retire from a number of races and in October the team announced he would be departing.

Both Vettel and Raikkonen put in a series of strong performances during recent testing at Jerez de la Frontera in Spain.

But in the light of massive personnel changes within Ferrari as they look to reestablish their status as world beaters, the German has called for patience from fans expecting immediate success.

“It’s difficult to say right now how strong we are. We need to be patient,” he said. “But the car is definitely going well, both Kimi and I are happy.

“Ferrari is a team that has seen a lot of people come and go recently. We need time to adapt but sooner or later we’ll get there.