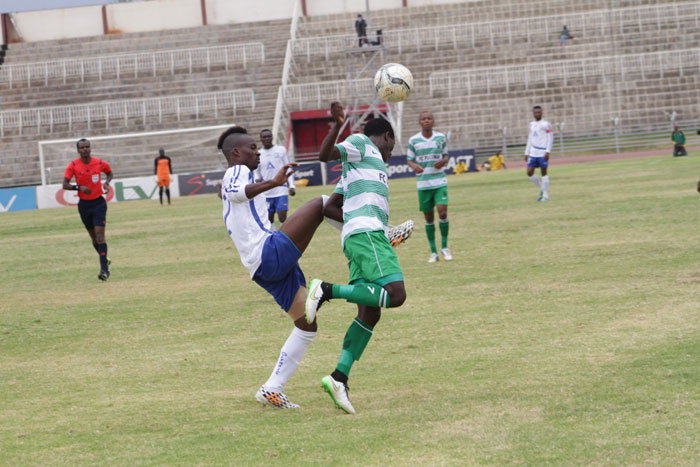 NAIROBI, Kenya, February 26 – GOtv Shield champions Sofapaka face an uphill task as they seek to overturn a 2-1 defeat at FC Platinum in the CAF Confederations Cup preliminary round return leg in Zvishavane, Zimbabwe on Saturday.

Sofapaka who departed Friday need a two-goal victory for them to advance to first round and revive their dreams of surpassing their 2011 performance where they were eliminated at the group stage play-offs by Tunisia’s Club Africain.

Batoto Ba Mungu beat Ushuru FC 2-1 in their KPL opener and head coach Sam Timbe, is optimistic he will steer his charges past the home side.

“I have not given up yet; 2-1 is not a huge score line I’m confident through hard work we can equalise and even beat them,” said Timbe.

For the hosts, despite carrying a comfortable lead into the match and home advantage, Platinum head coach Norman Mapeza is not losing focus either.

“So far so good, preparations are going on well. It doesn’t matter that we now know our opponents; anything can happen. The most important thing is to prepare well for the game and we have just done that,” Mapeza, a former Turkish giants Galatasary midfielder told Zimbabwean website.

Having learnt from first leg in Nairobi, Timbe will be seeking to strengthen his backline that saw them concede both goals with Collins Shivachi who started on the bench likely to replace Willis Ouma in the starting line-up.

The Ugandan will also be boosted by the recovery of skipper and stopper Felly Mulumba who will be available for selection after missing Ushuru match due to knee knock.

Striker Wisdom Mutasa as well as danger men Brian Muzondiwa and Donald Ngoma who scored in the opening round are the main threats to Sofapaka’s ambition.

Mapeza on the other hand boast of wide range of selection as they welcome Aaron Katebe, Wellington Kamudyariwa, Obrey Chirwa and Nelson Maziwisa who all missed first leg.

Botswana referee Tirelo Mositwane will handle the match together with countrymen Bakwena, Madondo Sibanda, as Omphile Phutego will be the fourth official.

The match commissioner is Lucas Johane is from Mozambique.

The aggregate winner will face either Tanzanian giant Young Africans or Botswana Defence Forces in the first round.

Young Africans carry a 2-0 lead going into the return leg which will be played in Botswana this weekend.